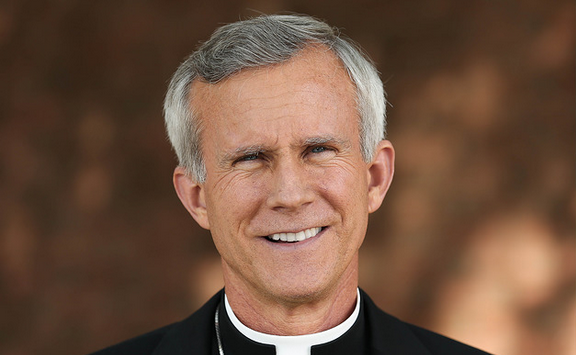 A Texas bishop publicly endorsed a video over the weekend that told Catholics to reject the Democratic Party because of its radical pro-abortion stance. In a comment Saturday on Twitter , Bishop Joseph Strickland of Tyler, Texas, urged Catholics to “heed this message” in the video by Wisconsin priest Father James Altman. “As the Bishop of Tyler I endorse Fr Altman’s statement in this video,” Strickland wrote. “My shame is that it has taken me so long. Thank you Fr Altman for your COURAGE. If you love Jesus & His Church & this nation … please HEED THIS MESSAGE.” Altman’s video , which has more than 350,000 views on YouTube, included some strong and controversial statements about Catholics’ role in politics in America. Altman insisted that Catholics cannot vote Democrat because of the party’s radical pro-abortion stance. He faulted “gutless cowards in the clergy” for failing to teach Catholics the truth about God and the value of every human life. “When politics and politicians act in an immoral way, we most certainly do have the duty and obligation to speak up about it,” Altman said. “You can not be Catholic and be a Democrat. Period! Their party platform absolutely is against everything the Catholic Church teaches. So just quit pretending that you’re Catholic [if you] vote Democrat.” When people accuse him of being too political, Altman said he responds, “Baloney!” He said politics fundamentally should be a moral enterprise, and Catholics have a “duty and obligation to speak up” when politicians act immorally. On the matter of abortion, for example, he said there should be no confusion for Catholic voters. The Democratic Party supports abortions without restriction and wants to force taxpayers to pay for them. Altman noted how Democrat President Barack Obama even asked God to “bless” Planned […]