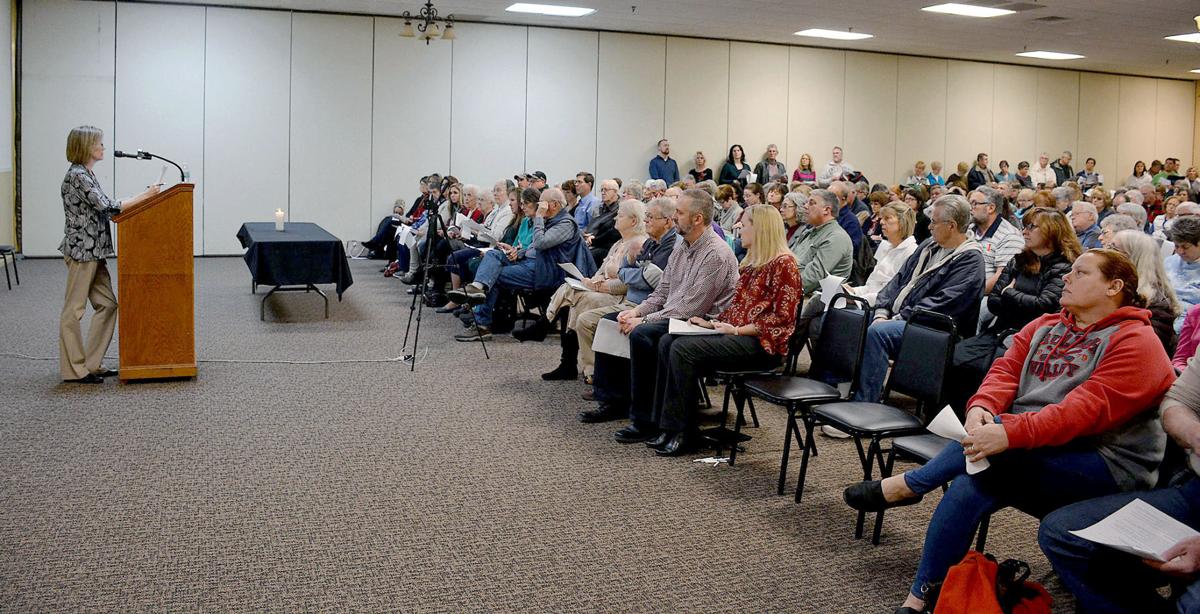 Hundreds of Illinois residents stood up Wednesday against a series of radical pro-abortion bills moving through the state legislature.

Effingham Daily News reports about 500 people joined a meeting by the Effingham Area Right to Life to learn what they can do to oppose the expanded killing of unborn babies in their state.

Similar to New York’s new pro-abortion law, the Illinois legislation would treat abortion as a “fundamental right” and strip away even minor protections for unborn babies and medical professionals who object to abortions. Capitol News Illinois reports the the Reproductive Health Act (House Bill 2495) likely will pass with Democrats in control of both state houses and the governor’s office. It currently is in a House committee awaiting action. Gov. J.B. Pritzker supports the bill.

Michelle Delhaute McGowan, president of In His Hands Orphan Outreach, told the crowd Wednesday that the bill could hurt adoptions and encourage more women to have late-term abortions, according to the Daily News.

“We’ve had women who were eight months pregnant when they came to us and both said they would have had an abortion but it was too late,” she said. “If these bills go through, other women in that situation will be able to abort these children that can survive outside of the womb.”

Catholic medical leader Theresa Rutherford said the bill also could hurt pro-life doctors and nurses who believe it is wrong to kill an unborn child.

“Think about the people this will impact and the lives that this could end — who we have the right and the moral objective to support,” said Rutherford, the president and CEO of HSHS St. Anthony’s Memorial Hospital. “If this passes, our Catholic health care could cease to exist.”

Another speaker at the rally, Christine McNary, of Wheeler, shared her experience as a teen mom.

“I was 19 and almost had an abortion but I chose life,” she said, according to the report. “I wouldn’t have my son and two grandchildren if I hadn’t chose life.”

If it passes, the pro-abortion bill would prohibit the state from interfering in any way with abortions. It would erase criminal penalties for performing abortions and allow non-doctors to do them. The legislation also would repeal the partial-birth abortion ban, abortion clinic regulations and conscience protections for medical workers.

A second bill also would repeal the state parental notification law, which requires underage girls to inform at least one parent before she has an abortion.

The Thomas More Society described the bill as “the most radical piece of abortion legislation that has ever been introduced in Illinois.”

Polls consistently show that most Americans oppose such radical expansions of abortion. A recent national poll by Marist University found that three in four Americans (75 percent) say abortion should be limited to – at most – the first three months of pregnancy. This includes most Republicans (92 percent), Independents (78 percent) and Democrats (60 percent).