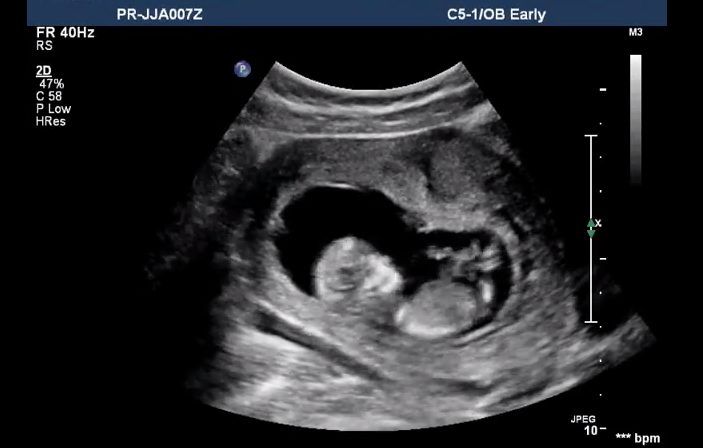 Lawmakers in the Rhode Island House are slated to vote Thursday on a radical bill to legalize abortions for basically any reason up to birth.

The pro-abortion bill (Senate Bill 152) is similar to the new abortion law in New York. It would allow abortions for basically any reason up to birth, even if Roe v. Wade is overturned, and strike down modest abortion restrictions in the state.

“By sowing false fears, abortion proponents are attempting to massively expand the present abortion license, and to create a first-ever statutory right to abortion in Rhode Island,” Rhode Island Right to Life said in a statement.

The vote is a disappointment because pro-life voters have lobbied Democratic House Speaker Nicholas Mattiello, who is pro-life, to not allow a vote on the bill.

Mattiello said Wednesday that he will allow the vote, but he also will vote against the bill, WPRI reports.

“Although I am pro-life and intend to vote against the bill tomorrow, I appreciate this is a sensitive issue that people on both sides care very deeply about,” he said in a statement. “I am mindful that 70 percent of the people, in a poll conducted last fall, support the codification of Roe v. Wade into state law.”

However, national polling indicates the bill is radical and out of touch with most voters. A recent poll by Marist University found that three in four Americans (75 percent) say abortion should be limited to – at most – the first three months of pregnancy. This includes most Republicans (92 percent), Independents (78 percent) and Democrats (60 percent).

The Providence Journal reports pro-life Republicans and pro-life Democrats met Wednesday to discuss amendments that would provide at least some protections for unborn babies and mothers in the state.

[Republican Rep. Blake Filippi, the House minority leader,] reiterated concerns that he and others raised before the committee vote. Among them: the perceived lack of any clear definitions of the words “health” and “medical necessity” in the provision banning abortions “after fetal viability … except when necessary, in the medical judgment of the physician, to preserve the life or health of that individual.”

He also left open the possibility that he would try to stop repeal of a 1970s-era state law that makes the death of a fetus — as a result of the injury or death of a pregnant woman — a homicide. …

In a telephone interview, Filippi said the law could potentially leave a woman seeking an abortion — and the doctor who performed it — open to a homicide charge when the target, in his mind, is the “third party bad actor” — such as the “crazy boyfriend” he described a night earlier, who stomps his pregnant girlfriend to death.

Rhode Island Right to Life, state Catholic leaders and Republicans are urging pro-lifers to keep voicing their opposition to the bill, according to the Newport Journal. Though lawmakers have made some changes to the bill, the groups said they do little to address concerns.

Barth Bracy, lobbyist with Rhode Island Right to Life, said the changes only pretend “to address concerns raised by thousands of Rhode Islanders.”

He pointed to a legal analysis of the bill, which stated, “it is ‘a gross distortion and blatant misrepresentation’ to claim that this ‘slightly revised’ version of the original bill would merely codify the principles of Roe v. Wade. … [The legislation] remains an extreme abortion bill, like its counterparts in New York and Virginia.”

However, the ACLU and other pro-abortion groups continue to maintain that the bill merely codifies Roe v. Wade in the state, according to the report.

“This is a blatant disregard for the facts,” the pro-abortion group The Womxn Project wrote on Twitter. The bill would “codify Roe, remove unconstitutional laws, protect individual right to abortion until viability, provide medical options [including] abortion after viability to save a woman’s life or health — that’s it.”

But state GOP Chairman Brandon Bell pushed back against the claims and exposed the radical pro-abortion bill for what it is.

“Late term abortions for vague health reasons will now be legal under state law. Unborn children will lose a possible legal protection if their mother is a victim of a crime,” Bell said Saturday, according to the local news. “Taxpayers could now be paying for the abortions of local government employees.”

Rhode Island lawmakers also are considering a second pro-abortion bill, state House Bill 5127, which is similar to the pro-abortion bill before the House on Thursday. Gov. Gina Raimondo, who claims to be Catholic, supports the legislation.

If either bill passes, America could see abortion rates rise after a steady decline for decades. Both are similar to a New York law that Gov. Andrew Cuomo signed in January, legalizing abortion for basically any reason up to birth. The Vermont, Massachusetts and New Mexico legislatures also are considering bills this winter to expand late-term abortions.

← Prev: Abortion Activists Have Filed Four Lawsuits Trying to Stop President Trump From Defunding Planned Parenthood Next: Hundreds of People Rally Against Illinois Bill to Legalize Abortions Up to Birth →