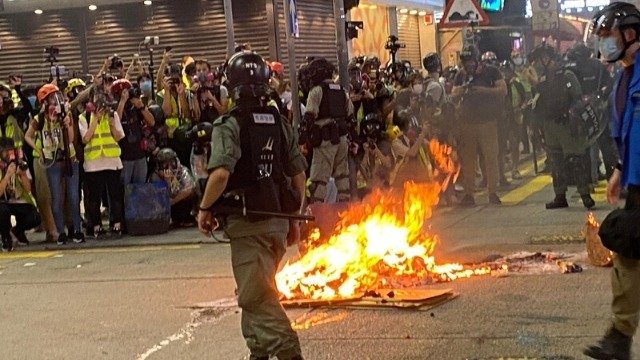 “Is there any country welcoming Hong Kong people now?” by Marco Respinti

On May 28, China imposed a new security law on Hong Kong, significantly eroding its fundamental liberties. Sadly, the nightmare anticipated by Mr. Benedict Rogers, one of the world’s leading experts of human rights issues in the Hong Kong Special Administrative Region, became true. “Jo Pang” is the pseudonym of an independent journalist in Hong Kong. She has been in the middle of the protest, corresponding with Bitter Winter. “ Honk Kong is at the eye of the political storm now,” she told me. “At least I am glad that the illusion of ‘One country, two systems’ finally disappeared, and the true face of CCP is exposed to the world.” In fact, the Chinese regime has never tolerated a “political island” like Hong Kong after the city-territory went back to China in 1997. It had to buy it at face-value until it had the strength to suppress it, and apparently that moment is now. Possibly the coronavirus crisis, with the “Chinese model” being credited as the savior of the world even by too many democratic media and observers in the world, has offered this chance. The smashing of the “Umbrella movement” in 2014, and the new democratic coalition in late 2019 and early 2020, have been just setting the stage. Now all, or near all, is accomplished. On May 26, hours before the fatal event, “Jo Pang” visited Mongkok, one of the major shopping areas in the city, the historical heart of the protest against its puppet government and its CCP master. She filmed exclusive footage for Bitter Winter. In these staggering scenes, 10 policemen overpower and arrest a young man when he slams the policemen […]