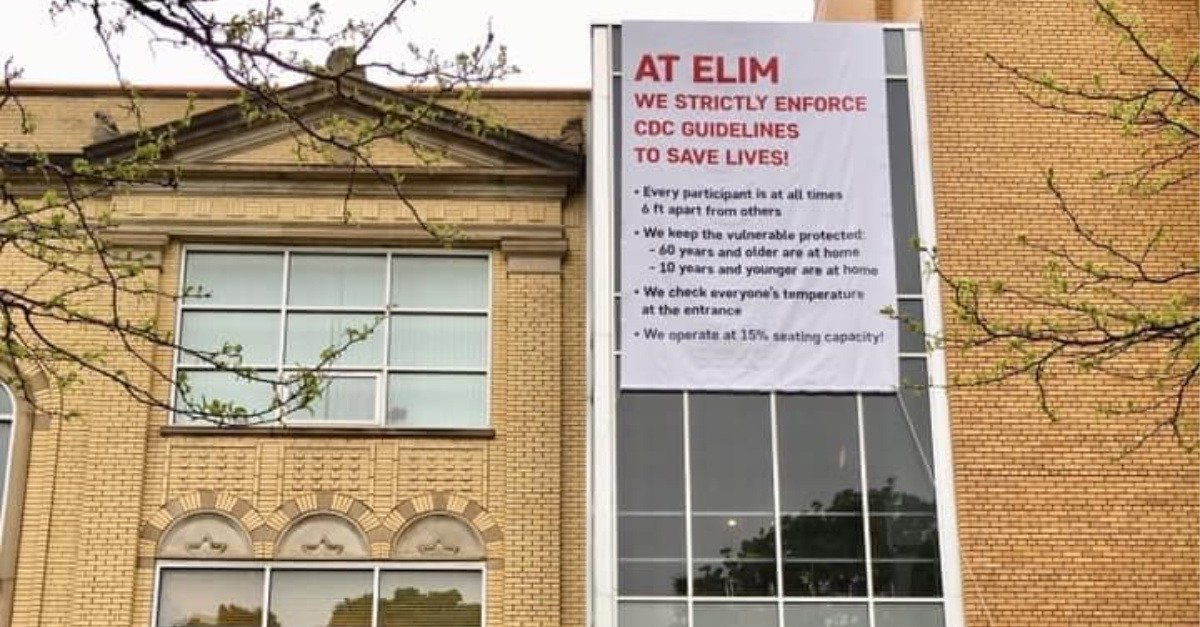 Chicago officials are threatening to close or even bulldoze a church that has continued meeting in defiance of a state order, saying the governor’s action has the “force of law.”

The state of Illinois has banned in-person church services larger than 10 people amid the coronavirus pandemic. Allison Arwady, the commissioner of the Chicago Department of Public Health , sent a letter Friday to Chicago’s Elim Romanian Pentecostal Church, saying she has the power to stop the congregation from meeting by “whatever means are necessary.”

“If you continue to operate in defiance of the Executive Order, the City will pursue all available legal remedies,” she wrote in her letter. “… Any future gatherings conducted contrary to the Order will be considered a failure to abate and the City will take steps necessary to abate, including Summary Abatement.” “Summary abatement,” as defined by the Illinois Supreme Court, means “to put down or destroy without process.”

“This means the inspector can, upon his own judgment, cause the alleged nuisance to stop on his own authority and effect a destruction of property at his discretion,” the Illinois’ Supreme Court’s opinion in City of Kankakee v. New York Cent. R. Co. read. Arwady wrote, “if you continue to host gatherings in violation of the Executive Order, the City of Chicago will take all necessary measures to abate the nuisance to ensure the safety of the City’s residents.” Elim Romanian Pentecostal Church met again Sunday and employed a series of health restrictions, including the requirement that attendees sit at least six feet apart.

Temperatures were checked at the door, and the congregation operated at 15 percent seating capacity. “Our guidelines for the surfaces in this church are stricter than the CDC’s,” Cristian Ionescu, the church’s pastor, said at a press conference after Sunday’s worship […]

Just when you think the Democratic Party’s bloodthirsty hatred for the Savior of the World, Jesus Christ, is slowing down they kick into beast-mode like their father and threaten to bulldoze and destroy Churches!

It’s almost unfathomable but it’s true and there is no stopping this “Anti-Christ” Democrat death train.

True to their Satanic nature the Democratic Party reminds the world how sinister and evil they are. By doubling down on their Anti-Christ behavior, during a time when the whole world is looking for hope and encouragement, by threatening Christians, the body of Christ, with the destruction of their houses of worship. In other words, we leftist Democrats will destroy your places of worship by bulldozing them to the ground!

Again, each and every move the Democrats make in policy or behavior is in complete opposition to the Truth, which is Jesus Christ. Because they hate God and love death.

‘But he that sinneth against me wrongeth his own soul: all they that hate me love death.’

NOTE: This isn’t a right or left issue or a democrat or republican issue. This is a spiritual issue. It just so happens that Satan chose the Democratic as his emissaries of death. If it were the republicans or the conservatives that wanted to kill babies unborn and born, destroy churches, threaten God’s people, support, enable and celebrate immoral and wicked behavior than my commentary would call out conservatives as wicked and evil. But the conservative or republican behavior and policy don’t reflect Anti-Christ behavior nor do they pursue and world with God.

Again, this isn’t a political issue for me, this is purely spiritual!