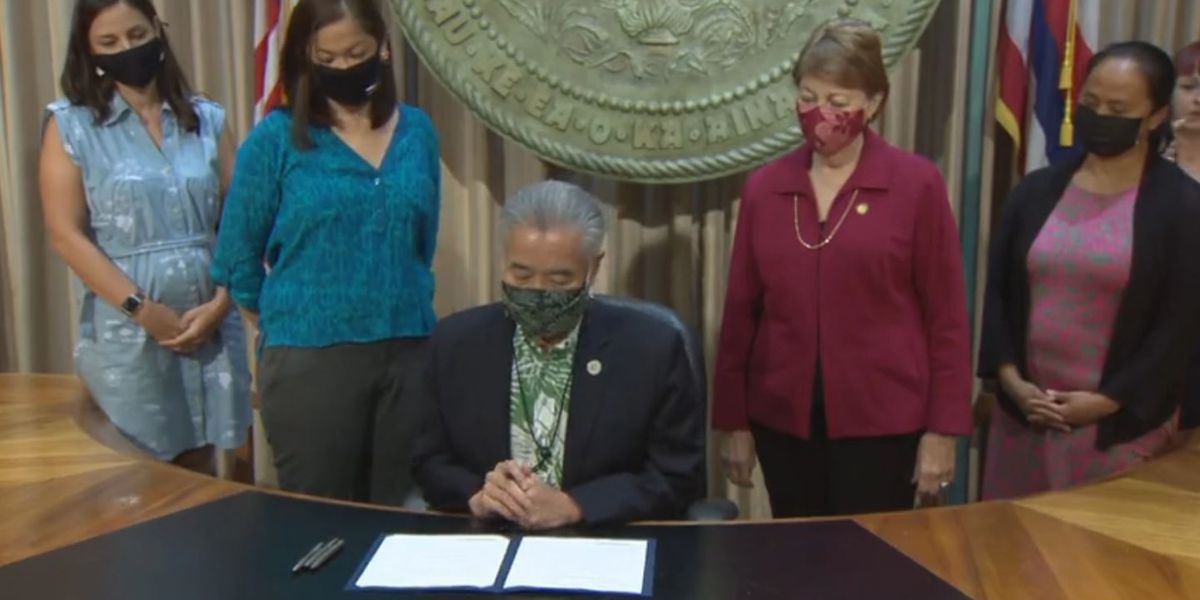 The death cult policies, irrational hatred for the sanctity of life, and anti-Christ rhetoric are synonymous with the Democrat party

True to their Satanic nature the Democratic Party reminds American’s and the world just how sinister and evil they are. By expanding the number of people who can kill unborn babies by recruiting registered nurses to crush the skulls of these babies by vacuuming their little bodies through the uterus. PURE EVIL.

Hawaii’s Gov. David Ige doubles and triple’s down on the Democrat gospel of death. During a time when the whole world is working hard to save lives, Democrats in Hawaii find a way to enlarge their relentless murder of the unborn. It’s almost unfathomable but it’s true and there is no stopping this Democrat death train.

This overt and abject wickedness has propagated to every corner of the Democratic Party manifesting itself in delusional and obscene public policy. Death is the “Good News” preached by Democrats from coast to coast without apology.

It is terribly unfortunate that Satan is using America’s Democratic party to be the emissaries of the coming beast-system but they have taken on the job with open arms and revel in it.

By removing God from their platform altogether (and the Obiden administration just recently doubled down on this by removing “Religious Freedom” as a priority for America) the Democratic Party has established their own religion defined as “religiously unaffiliated”. In other words, Democrats don’t recognize the God of the Bible, so they don’t believe in sin, heaven, or hell; they scoff at the idea that they need a savior. This anything-goes “religiously unaffiliated” voting block is in complete opposition to the Word of God.

No matter how far down in the gutter the Democratic Party goes, God’s grace abounded more (Romans 5:20). The issue with the Democrats is sin and the Adamic nature we are all born with (Romans 5:12). This is a spiritual issue, not behavior and only the power of the gospel of grace can change a person’s heart. God is patient and waiting to save all that call on Him.

Pray for all leaders Democratic and Republican.

Hawaii Gov. David Ige signed a pro-abortion law Monday that pro-life leaders warn will put more lives at risk by allowing nurses to abort unborn babies. Hawaii News Now reports Ige, a pro-abortion Democrat, and abortion advocacy groups asserted that the legislation is necessary because Hawaii has a doctor shortage. The new law, House Bill 576, allows advanced practice registered nurses to do first-trimester abortions either with abortion drugs or by the surgical aspiration method. Hawaii Life Alliance urged lawmakers to vote against the bill, testifying about the serious risks to women and girls as well as unborn babies. “Vacuum aspiration is performed with a machine that uses a vacuum to suck the baby out of the uterus,” the pro-life organization told lawmakers in February . “If women are going to choose to use this risky method where there are notable risks and complications, they need to be closely […]