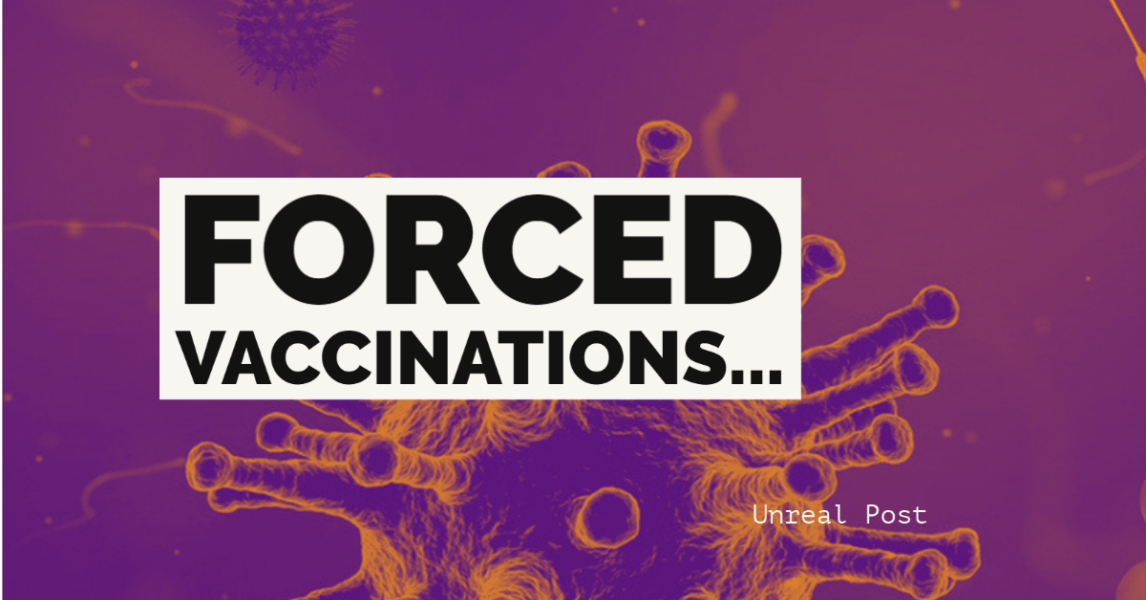 No one should be forced to take a vaccination

It may be practice for the one-world system coming on the scene but make no mistake we are being conditioned to receive the mark of the beast.

‘He causes all, both small and great, rich and poor, free and slave, to receive a mark on their right hand or on their foreheads, and that no one may buy or sell except one who has the mark or the name of the beast, or the number of his name.’

The beast or the antiChrist will come on the scene with intrigue and flatteries (Daniel 11:21). But he is a liar and a murderer like the one who empowers him, Satan (John 8:44). He will be true to his Biblical description as “the beast” by being bestial (savagely cruel and violent) in his actions toward his fellow man. And what you’re seeing in the video is the antiChrist spirit manifesting itself in these Los Angeles Sheriff’s deputies by mishandling innocent disabled and mentally ill people with brutal and beast-like behavior. Forcing them to take the jab.

‘But realize this, that in the last days difficult times will come. For men will be lovers of self, lovers of money, boastful, arrogant, revilers, disobedient to parents, ungrateful, unholy, unloving, irreconcilable, malicious gossips, without self-control, brutal, haters of good, treacherous, reckless, conceited, lovers of pleasure rather than lovers of God, holding to a form of godliness, although they have denied its power; Avoid such men as these. ‘

The bottom line is what the Los Angeles Sheriff’s department is doing is unprecedented, wrong, and insidious. Such brutal uncaring behavior should open the eyes of people everywhere that there is more going on here than a vaccination.

The Video is Horrific “Operation Homebound”

“The video is horrific,” psychiatrist Peter Breggin, a champion of the right to informed consent who successfully campaigned in the 1970s against the psychiatric practice of surgical lobotomy for mental illness, told LifeSiteNews.

“It represents the worst of psychiatry, public health, and progressive politics coming all together in the service of globalism,” he said.

No one who is incapable of giving consent – which includes children, those with severe illnesses, and those in institutions including prisons, hospitals, and nursing homes – should be given a vaccine that is experimental and still undergoing clinical trials, said Breggin.

LifeSiteNews has produced an extensive COVID-19 vaccines resources page. View it here. LOS ANGELES, California, April 13, 2021 (LifeSiteNews) – A video circulating on social media shows members of the Los Angeles Sherriff’s Department (LASD) forcibly injecting people who are disabled and mentally handicapped with Johnson & Johnson’s now-suspended coronavirus vaccine. The LASD launched “Operation Homebound” – “a program to vaccinate the most underrepresented, homebound, and underserved disabled residents in our communities, including those experiencing homelessness” – in January, according to the department website. The footage shows two adults and a uniformed officer restraining a woman with special needs who is clearly terrified as a second uniformed officer jabs the needle into her arm. Another clip shows a woman who is barely able to move and unable to speak being vaccinated. “It’s OK, hon. It’s OK. We just gave you a vaccination,” an officer says to the woman, who […]

Click here to view the source of this article www.lifesitenews.com