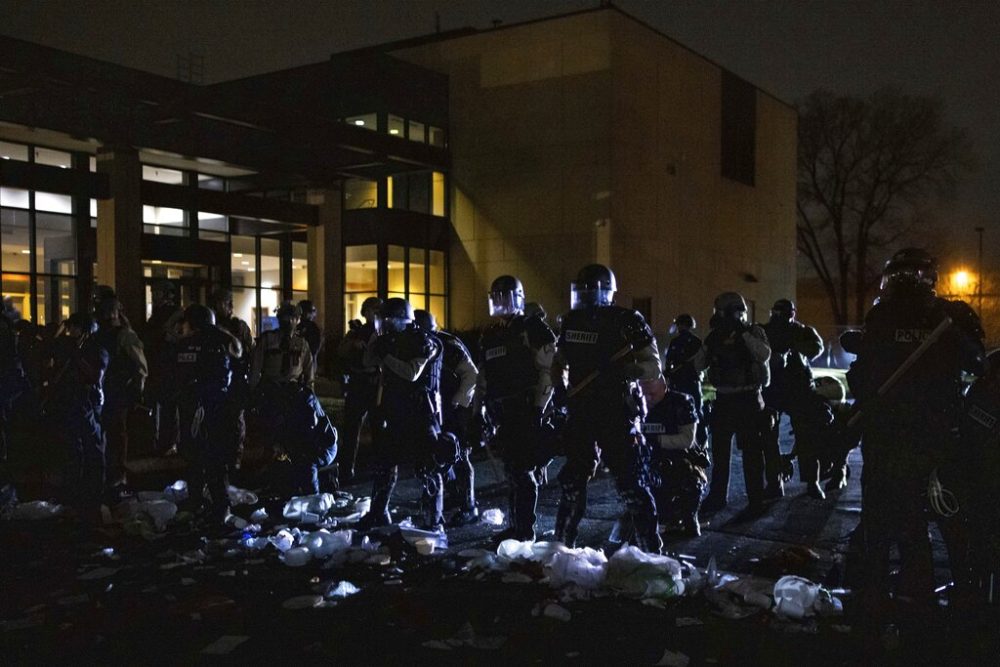 The evil and vile group BLM is doing what they do best… Destroying and pillaging everything in their path. Like the terror group Hezbollah, BLM needs no reason to terrorize men, women, and children. The Black Lives Matter group like the terror group Hezbollah wakes up every day wanting to steal, kill, destroy and pillage. The same antichrist spirit the drives the sons of Esau at Hezbollah is the same demonic power that drives Black Lives Matter.

Pray that this awesome message of grace reaches the ears of Black Lives Matter and Hezbollah. And pray that God opens their hearts to the good news that He sent His only Son, Jesus Christ to shed His blood and die for their sin, was buried for them and raised from the dead three days later never to die again. So they to could live in glory with the Lord forever.

As Christians, we have to look past the vile actions of individuals and understand that this is a spiritual battle. And this battle can never be won with protest, policy, or new laws. We can’t possibly legislate BLM out of existence or protest them into change. Ridiculous! And the conservative merchandisers of this hogwash are no different than BLM. Only the gospel can change the Adamic nature of man. I’m sorry if that sounds too simple and it is. But it’s an absolute Truth.

Only the gospel of grace can change the evil heart.

Click here to view the source of this article www.oann.com