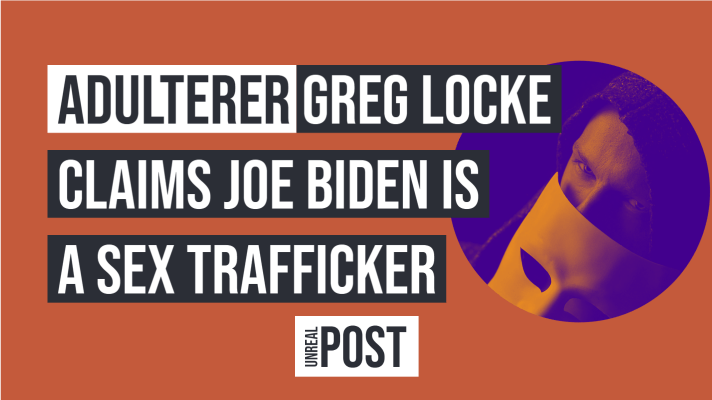 A self-professed pastor and Trump devotee from Tennessee—who left his wife for his administrative assistant several years ago—claimed during a tent meeting on Sunday that President Biden is a “sex trafficker” while promoting a debunked QAnon conspiracy theory.

Greg Locke of Global Vision Bible Church in Mt. Juliet, Tenn., told his congregation, “I don’t care what you think about fraudulent ‘Sleepy Joe. He’s a sex-trafficking, demon-possessed mongrel. He ain’t no better than the Pope [Francis] and Oprah Winfrey and Tom Hanks and the rest of that wicked crowd.

God is going to bring the whole house down! … He’s going to expose all these bunch pedophiles.”

“Do you honestly believe, Pastor Locke, that the military uncovered tunnels beneath the capitol building and beneath the White House? Do you really believe they found kids? Yes. Both live ones and dead ones,” Locke asked of himself and answered during the bizarre rant.

What Saith the Scripture

Greg Lock is disqualified to be a Pastor according to Scripture. This is a wicked man, an unrepentant man, a man of no faith.

‘A bishop then must be blameless, the husband of one wife, vigilant, sober, of good behavior, given to hospitality, apt to teach;’