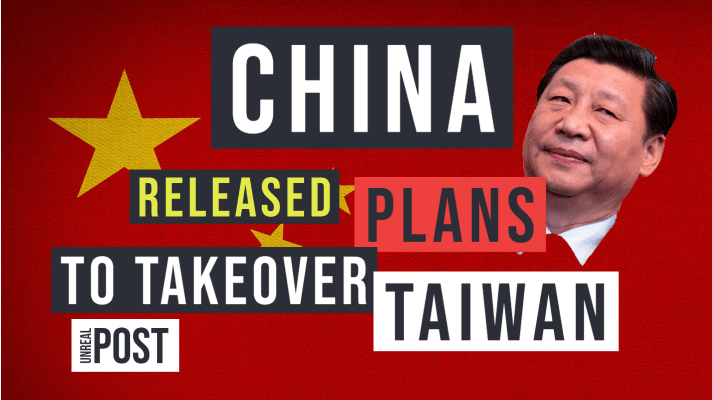 The publication proposed a “three-stage battle plan” only a day after Chinese president, Xi Jinping, reaffirmed his pledge to reunify with Taiwan during a speech to mark the centenary anniversary of the Chinese Communist Party (CCP).

The plan, published in Naval and Merchant Ships, outlined a rough three-pronged attack detailing the journey from initial disruption of infrastructure to the toppling of the Tsai Ing-wen’s government in Taipei.

According to stage one of the plan, DF-16 short-range ballistic missiles would be launched at strategic sites to eliminate the island’s defences.

The article read: “The attacks against Taiwan’s airports would continue until [Chinese] surface troops had accomplished an assault landing.”

In addition, H-6 bombers and J-16 fighter jets would attack naval ports. However, the report makes clear the naval areas would not be “completely destroyed” because the ports can be repurposed as landing sites for the People’s Liberation Army (PLA).

The second stage of the plan would involve a heavy bombardment using missiles. The paper then mentions that drones would be used to assess the damage.

A barrage from warships and land-based rockets would target any remaining obstacles, allowing PLA’s marine corps and amphibious landing troops to land safely.

On July 1, Xi Jinping issued an insidious warning to “foreign bullies” threatening they will “get their heads bashed bloody” if they attempt to interfere with Chinese plans.

Addressing thousands of people at Beijing’s Tiananmen Square, the Chinese premier pledged he would “never allow anyone to bully, oppress or subjugate China.”

In addition, he reaffirmed China’s “unbreakable commitment” to unifying with Taiwan. He said China would “fulfill the Chinese Dream of great national rejuvenation.”

However, an attempt to invade Taiwan would be muddled by the nation’s unofficial backing with Western forces which would likely draw in US forces.

Most importantly, I want to remind you that in the last days scoffers will come, mocking the truth and following their own desires.

and saying, “Where is the promise of His coming? For since the fathers fell asleep, all things continue as they were from the beginning of creation.”

And you will hear of wars and rumors of wars. See that you are not troubled; for all these things must come to pass, but the end is not yet. For nation will rise against nation, and kingdom against kingdom. And there will be famines, pestilences, and earthquakes in various places. –
– Matthew 24:6-7

← Prev: Adulterer Greg Locke Claims Joe Biden is a Sex Trafficker while Promoting QAnon lies Next: There is No Fear in Love... God's Love 1 John 4:18 →