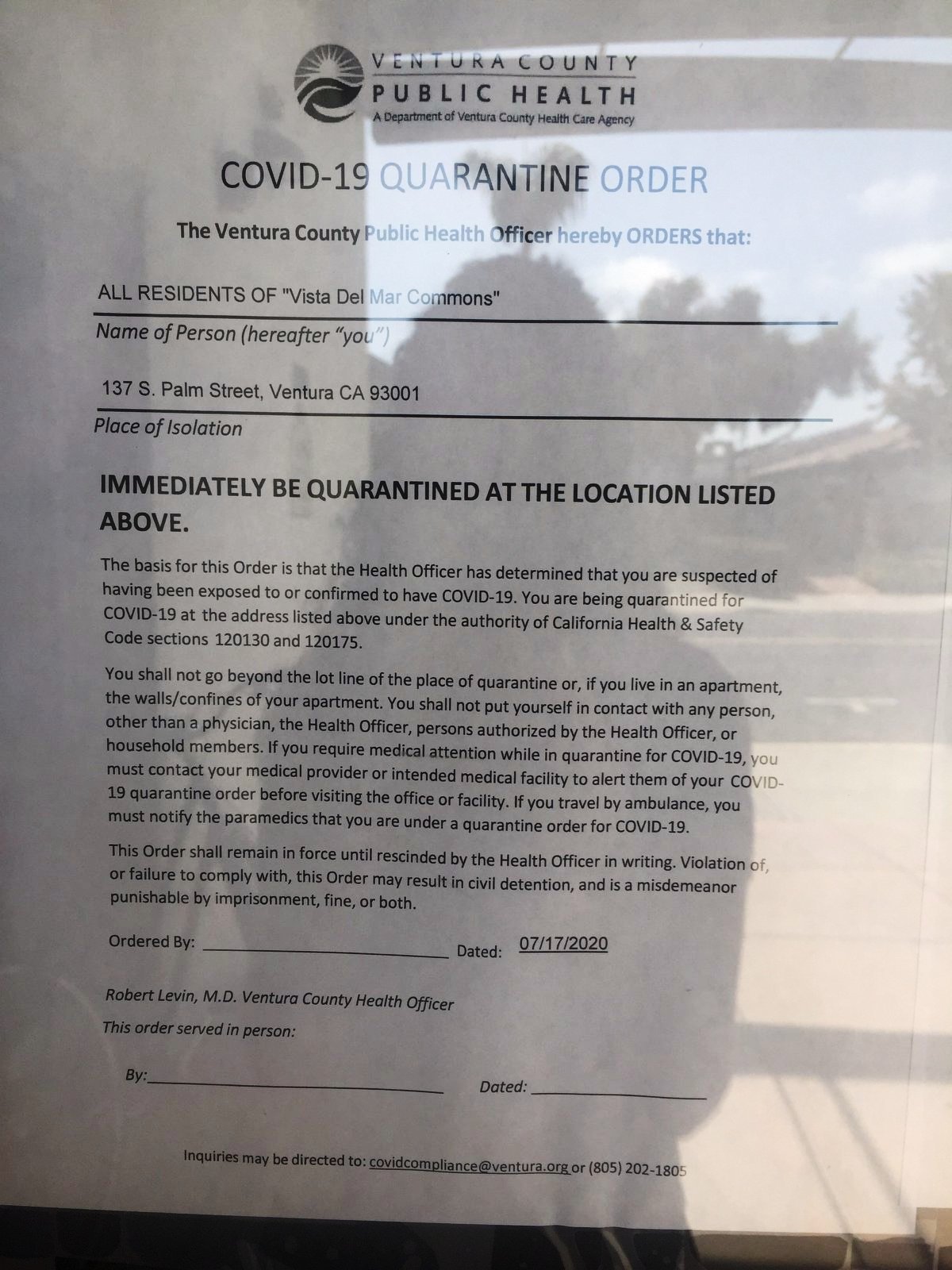 Palm St in Ventura. You can view the lockdown order (unsigned) and a letter from the building manager below.

The order claims its authority emanates from California Code 12030 and 120175. It says “This order shall remain in force until rescinded by the Health Officer in writing.

Violation or failure to comply with this Order may result in “civil detention” and is a misdemeanor punishable by imprisonment, fine or both.” We were told and the letter from the apartment manager states that the building is locked down, quarantine is mandatory until test results are received, no one is allowed in or out of the building except “essential workers” and that COVID-19 testing in the building is mandatory.

The apartment manager sent her own letter as well: Latest bulletin 1:30 pm Monday: We spoke to Ventura County Health Officer Robert Levin, who told us he was unfamiliar with the details and would get back to us shortly. He called within a half hour and told us the following: The building is run by the Ventura Housing Authority and has elderly and behavior health cases living there- 74 units in total, mostly singles. Some residents are mobile, some not. A resident fell, was hospitalized and tested positive for COVID-19. The building management went on full alert. Common areas had already been shut down, but they also disabled the keys and residents couldn’t get back in if they left and returned. Some called the police, who told the management they couldn’t do that. So, the County Health Dept was involved and […]

Click here to view the original web page at www.citizensjournal.us

← Prev: Federal officers in Portland may have been permanently blinded by lasers – attacked with fireworks Next: Fugitive Chinese researcher arrested overnight, being held in Sacramento County Jail →