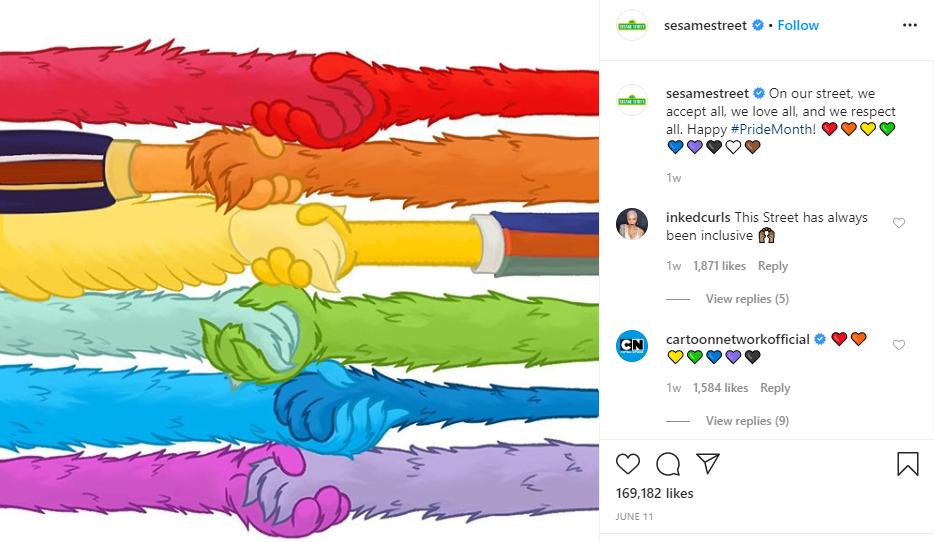 Homosexuality is a Detestable and Unnatural Act

23 The man said, “This is now bone of my bones,  And flesh of my flesh; She shall be called Woman Because she was taken out of Man.” 24 For this reason, a man shall leave his father and his mother, and be joined to his wife; and they shall become one flesh.

“Have you not read that He who created them from the beginning made them male and female, 5  and said, ‘For this reason a man shall leave his father and mother and be joined to his wife, and the two shall become one flesh’? 6  So they are no longer two, but one flesh. What therefore God has joined together, let no man separate.”

The long-running children’s show “Sesame Street” has taken to social media twice in June to recognize “lesbian, gay, bisexual and transgender” Pride Month, with one graphic symbolizing the Pride flag rainbow via characters of different colors holding hands and another utilizing the likenesses of Big Bird, Ernie, Cookie Monster, Elmo and others with a rainbow heart in the center.

While being applauded by many, some commenters have pointed to the Word of God, noting that it is not loving to promote sin but to rather urge others to turn from it.

“On our street, we accept all, we love all, and we respect all. Happy #PrideMonth,” the broadcast tweeted on June 11 , with an emoji of the Pride flag.

On our street, we accept all, we love all, and we respect all. Happy #PrideMonth! pic.twitter.com/BkRMJyzzfL

A graphic accompanying the tweet depicts various show characters holding hands to create a rainbow flag. “Love always wins. #PrideMonth,” Sesame Street wrote on June 16 , using the various colors of characters, from the yellow of Big Bird, the red of Elmo and the blue of Cookie Monster to form a rainbow heart in the center. While the posts generated thousands of likes — 131K for one and 8k for the other on Facebook, 65K for one and 12K for the other on Twitter, 167K for one on Instagram (the second was not posted) — some left comments expressing objection that the acceptance of homosexuality is being promoted to children. “Not an agenda that should be pushed by a children’s TV show. Children should be just children,” one commenter wrote. “This is the opposite of love. To indoctrinate vulnerable innocent children into accepting and possibly living this abomination is to condemn them to eternal fire. It is #demonic! God’s Word does not change,” another stated. “Actually, God always wins. You might be loved and accepted on earth, […]

← Prev: Joe Biden Tries to Woo Evangelical Voters Even as He Supports Killing Babies in Abortion Next: Arizona Chief of Police in Flagstaff Kneels before Black Lives Matter →