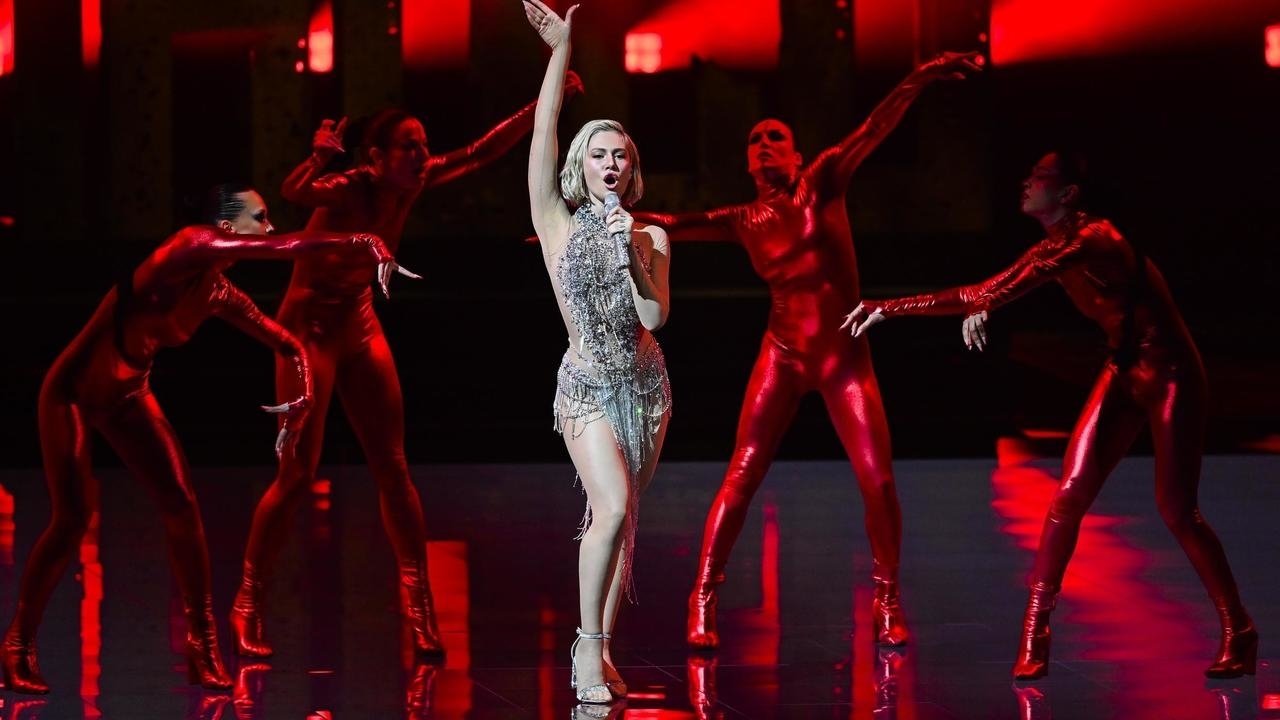 The world is being conditioned not just to accept the mark of the beast but to love and worship the antiChrist. This song is Satanic and designed to tickle the ears of the lost.

The song is about falling in love with the devil

Here are lyrics from the song “El Diablo”

“I gave my heart to El Diablo… because he tells me I’m his angel,” blonde-haired Elena Tsagrinou sings.

But the song isn’t about the devil, right?

The government and CyBC said the song had nothing to do with devil worship and argued that freedom of expression was protected.

It’s about “a bad relationship with someone,” the singer told the website wiwibloggs.

“It’s not about the devil. At the end of the song, I get out of the relationship.”

Well, just to be clear the song is all about Satan!

The World is Being Conditioned

Again, the world is being conditioned to not just accept the mark of the beast (mask, passport APP, etc.) but to love and worship the antichrist as god. It’s important to note that when the man of sin comes on the scene he doesn’t come with war and a show of power. Not at all, but he comes peacably and flattery. Also, Scripture is explicitly clear the world will be sent strong delusion so

“And in his estate shall stand up a vile person (this is one of the descriptions of the antichrist), to whom they shall not give honour of the kingdom: but he shall come in peaceably, and obtain the kingdom by flatteries.”

In other words, there will not be a great overflowing move to vote for this guy. He will come in with intrigue, charisma, and political maneuvering. “…but he shall come in peaceably,” So, he’s not going to have a violent overthrow. But by political maneuvering, he’s going to bring himself to the top of the heap. “…and obtain the kingdom by flatteries.” He’s going to say what people want to hear and he’s going to get away with it. He’ll be a liar because he is empowered by the father of lies himself Satan… He’ll say whatever needs to be said to obtain his goal.

“And with the arms of a flood shall they be overflown from before him, and shall be broken; yea, also the prince of the covenant.”

In other words, this man, the Antichrist is going to sign this treaty with Israel, with flattery, and the promise of peace and prosperity. The entire world will be captivated by his ability to solve the world’s problems mainly by bringing peace to the middle east. But he will turn on the Jewish people. He will bring in unprecedented persecution on the Jewish people. Read on.

“And the king (speaking of this man the antichrist a world ruler coming on the scene in the end time) shall do according to his will, and he shall exalt himself, and magnify himself above every god, and shall speak marvellous things against the God of gods, and shall prosper till the indignation be accomplished: for that that is determined shall be done.”

The antichrist will quickly get to the place of world rule and absolute power over all nations. We have all witnessed the one-world system coming together on a daily basis. Especially over the past 12 to 18 months everything is becoming “global” the global economy, global politics, global religion, global currency. It’s worldwide globalization of everything and all being prepared for the coming in of this world leader.

This song and the deluge of grossly immoral behavior that not so long ago was ridiculed and frowned upon as evil is now normalized and accepted as cool (Isaiah 5:20). Again, this is all conditioning mankind to believe the lie over the truth of the gospel. And to drive mankind further and further away from God until it’s too late.

And the Lord comes for His body which is the Church and sends those that remain and that have rejected the gospel “…STRONG DELUSION THAT THEY SHOULD BELIEVE THE LIE…THAT THEY ALL MAY BE CONDEMNED WHO DID NOT BELIEVE THE TRUTH BUT HAD PLEASURE IN UNRIGHTEOUSNESS…” 2 Thessalonians 2:11.

Not pleasant words at all. But soon there is coming a time that God will no longer be the God of grace but He will pour out His wrath on Christ-rejecting mankind. Shockingly even in the end these vile and grossly immoral people will not repent but curse God as they gnaw at their tounges because of their great pain and suffering.

‘Then the fifth angel poured out his bowl on the throne of the beast, and his kingdom became full of darkness; and they gnawed their tongues because of the pain. They blasphemed the God of heaven because of their pains and their sores, and did not repent of their deeds.’

Cyprus rarely causes a splash at the Eurovision song contest but controversy over its entry “El Diablo” (The Devil) and a fiery rendition by Greek singer Elena Tsagrinou are drawing attention. The island first contested Eurovision in 1981 and holds the unenviable record of the most participations without a win. Its best performance was a second-place finish in 2018. El Diablo has been making waves since the Cyprus Orthodox Church and religious groups intervened, protesting that the song was blasphemous. The song is about falling in love with the devil. “I gave my heart to El Diablo… because he tells me I’m his angel,” blonde-haired Tsagrinou sings. The Cyprus Church argued that the song made an “international mockery” of the country’s morals by advocating […]

Click here to view the source of this article www.france24.com

← Prev: Jewish Worshippers Dancing In Front of the Damascus Gate "Praising God" in the Midst of War with Palestinian Terrorist: Psalm 149:3 Next: Founder of Black Lives Matter in Minnesota Quits After Seeing the Lie →