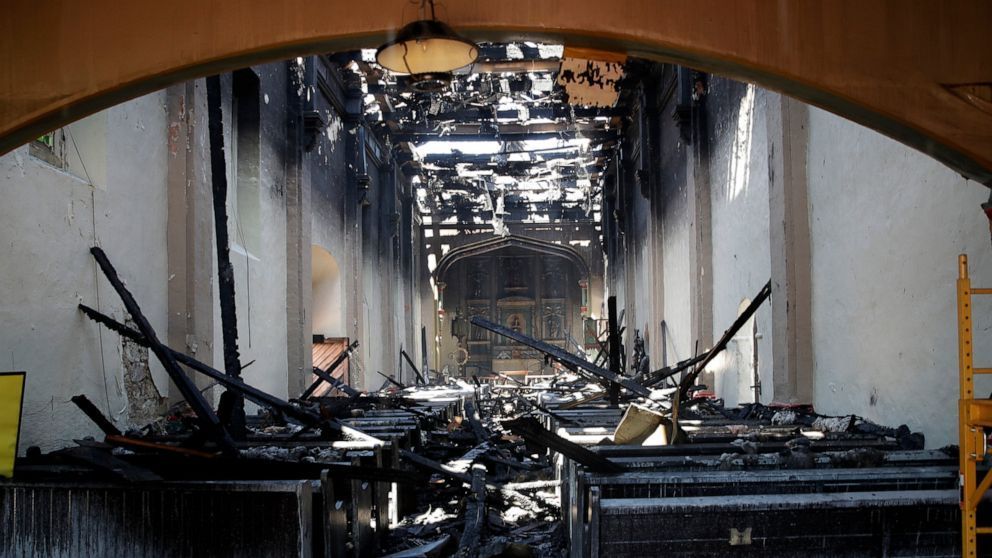 Republican Indiana Rep. Jim Banks denounced incidents of vandalism of Catholic churches that have occurred throughout the United States in a Friday statement to the Daily Caller News Foundation, and called on the Department of Justice to investigate the attacks.

The Indiana representative spoke out Friday following repeated instances of apparently anti-Catholic attacks in Florida, Rhode Island, Massachusetts, Connecticut, New York, and many more locations. Banks said that as hate crimes increase throughout the country, not every hate crime is given the same amount of attention.

“We’re seeing an uptick in targeted crimes and hate against many communities throughout the United States, but only some are receiving any recognition at all,” Banks told the DCNF. “It seems crimes are highlighted not due to science-based data aggregated to show prevalence or severity, but in pre-existing narratives those in power want to perpetuate.”

Disturbing to see the rise of bigoted attacks on Catholics, statues of saints and churches. Not enough people are pointing it out.

Will those w/ a large platform fight anti-Catholic bigotry like they’ve fought other forms of discrimination?https://t.co/JFP9wHfIwI

“I would like to see more people documenting the rise of anti-Catholic bigotry in this country,” he said.

A spokesman for Banks told the DCNF that the representative is requesting that both the Federal Bureau of Investigation and Attorney General Bill Barr look into these crimes and to “prosecute those perpetrating hate crimes against the Catholic Church to the fullest extent of the law.”

Banks’ comments came the same day that a senior White House official told the DCNF that the “criminals” who have vandalized and targeted Catholic churches and religious statues will be prosecuted “to the fullest extent of the law.”

We must stand together against acts of hate. I hope that those responsible for this unconscionable vandalism will be brought to justice. https://t.co/FYAh9p1f7A

“President Trump joins the Catholic community in solidarity during this difficult time,” the official told the DCNF. “Rest assured, President Trump will always demand law and order in American communities, and ensure the criminals causing these sacrilegious acts will be prosecuted to the fullest extent of the law.”

Trump’s campaign also commented on the matter to the DCNF.

“The rise in violence against houses of worship, religious symbols, and sacred spaces is quickly becoming an epidemic across the country led by radical leftists hell-bent on destroying the very moral fabric of our nation,” Trump campaign deputy press secretary Ken Farnaso told the DCNF. 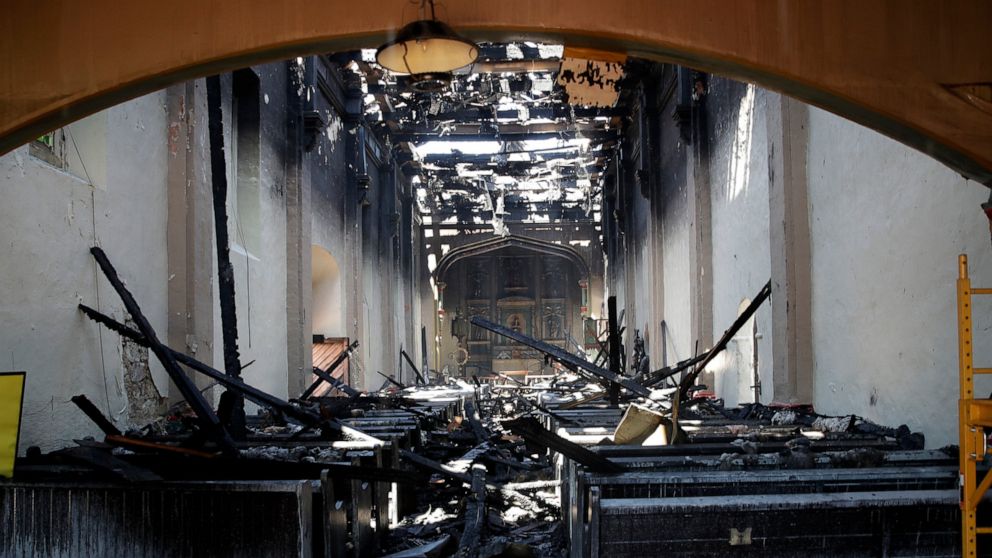 ← Prev: Apostate's Bill Johnson and Others Mimic Wizard Gandalf From ‘Lord of the Rings’ in ‘Apostolic Decree’ to ‘End Racism’ in Bizarre Video Next: Abortionist Does Abortion on 15-Year-Old Girl, Throws Her Dead Baby in the Garbage →