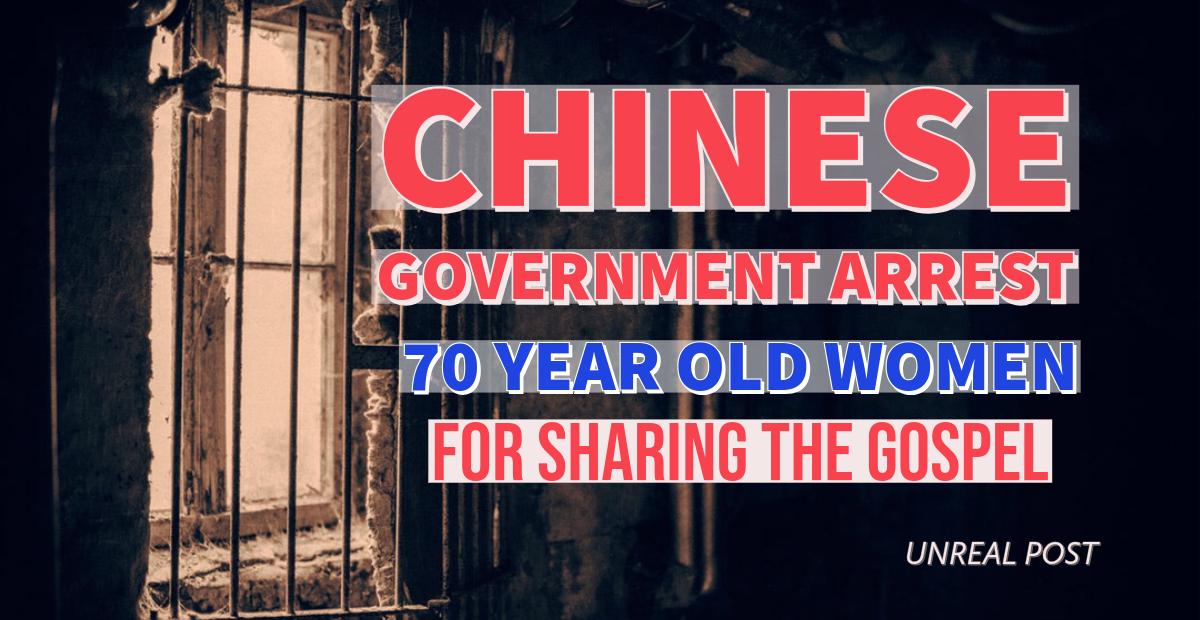 ‘But even if you should suffer for righteousness’ sake, you are blessed. “And do not be afraid of their threats, nor be troubled.” And who is he who will harm you if you become followers of what is good? ‘

Please pray for this woman in China that was arrested for preaching the gospel. Also, pray the Christians they facing heavy persecution by a demonically powered Chinese government. To be honest I believe the persecution is only going to get worst.

A 70-year-old woman was deemed a criminal by the authorities and has been in police custody for over a year.

A believer from Jingzhou city, Hubei Province in central China, recently revealed to Bitter Winter that, last June, a house church member in her 70s was arrested and imprisoned by the Communist party of China, or CCP, for sharing the Gospel. She remains in detention, even though her daughter tried to get her released.

On June 12, 2017, after being reported by another citizen, a house church meeting place in Jingzhou city was raided by the local police and eight believers, including Zhang Chuanying, were arrested on the spot. When Chuanying’s daughter, Geng Yan, asked for help to secure her mother’s freedom, she learned that her mother frequently left town to spread the Gospel and was the leader of the local church. In other words, it was enough for authorities to consider Chuanying a serious criminal and had her case transferred to provincial authorities.

Geng Yan has made multiple trips to the detention center, hoping to see her mother, and each time the police have refused her request. And not only have they admonished her for not doing anything to stop her mother from believing and proselytizing, but the police also tricked Geng Yan into recording herself urging her mother to renounce her faith and “properly reform.”

In early August 2018, Geng Yan learned from a released prisoner that her mother was in very bad health, so she again asked for help from county government officials, but according to an internal source, Zhang Chuanying has been designated by the state as a political prisoner because of her Christian beliefs and is, subsequently, expected to be sentenced to roughly three years in prison.

Geng Yan tried to hire a lawyer to defend Chuanying’s rights, but because of the government’s crackdown on people who believe in God, this was not an easy task. As Geng Yan’s mother has been deemed a serious criminal, she will certainly receive a prison sentence – serving her sentence outside of prison is impossible.

(All names in this article are pseudonyms.)