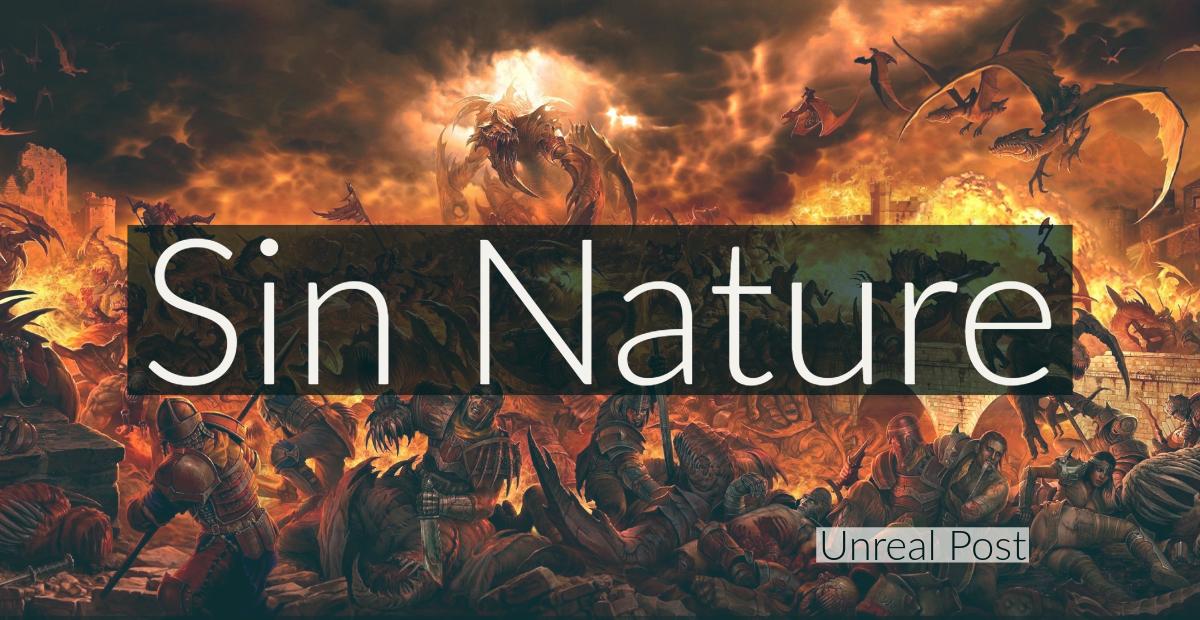 A local police department gets it right when it posted on their Facebook page that 5 brutal murders happened because of Satan.  The Opp, Alabama police department got it right. All murders, lies, hate, theft, any and all crime are evil and Satan is the reason. And when mankind commits these crimes or sins mankind is doing what comes naturally. It’s in our nature to rebel against everything God has declared. Since Adam and Eve’s fall, sin and death (the curse) have been a part of mankind’s existence. Adam disobedience cursed all mankind with sin, a sin nature we are ALL born with. It is that “sin nature” and the work of Satan that is the cause of the murders in Opp, Alabama and every other murder since Cain and Abel. If you read the comments I’m not convinced that the Alabama Police department had the support of the public. Of course, I didn’t read all the comments but the many that I did read it was 2 to 1 scoffing God and the police. To learn more about why people commit evil acts please read this short article.

A local police department in Alabama posted a comment on their Facebook Page that has since been taken down. The message was in response to five brutal murders. Among these was a mother shot and killed Monday and a man who killed the day before. The statement said that “these murders were done because we have turned away from God and embraced Satan.” The Opp, Alabama police department has since deleted the post but it has left a mark on social media. Thousands of people from across the country have commented on the statement that has been reposted on various platforms and sites. The majority of comments appear to be in support of the Police Department but many are not happy. “Okay…So instead of police/law enforcement, we need tent revivals and exorcisms.” Wrote a person on Facebook. Below is the what the Facebook post said before it was deleted by the Opp, Alabama police department; 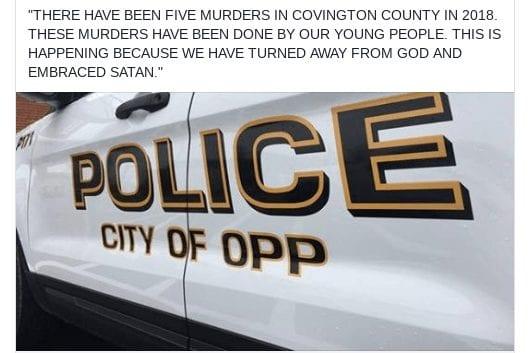 “We’ve raised an entire generation of “entitled” children who weren’t made to go to Church so the Devil moved on in!”

“Keep taking money from schools and mental health resources. Keep teaching “abstinence only” and restricting access to contraceptives and abortion. Poor people should just get jobs right? And they think the CHURCH will solve all their problems. Ignorance abounds.”

“There is a church on every corner! Take a look at leaders in the church and see the unlawful, horrible things they do. This has nothing to do w lack of god. Please educate yourselves, Alabama!”

“As a worshipper of Satan, I am incredibly offended by this statement. Lawsuit?”

Ah yes. Always easier to blame someone/something else (even imaginary) than the persons themselves.

“It’s because of the direction we’ve taken, which is away from God… so evil is being embraced …call it what you want. And it’s going to get worse…”

The atheist Freedom from Religion Foundation (FFRF) said the police department’s post crossed a line. “The department has very directly endorsed one religious ideology to the exclusion of minority religions and atheism, and decried Satanism,” said FFRF attorney Sam Grover. “Neither message is permissible.” Based on the Facebook comments on both the local Opp, Alabama police department’s Facebook page and the AL.com’s Facebook page it does appear that the public split support.   What do you think? Do you agree with the Police Departments statement? Let us know by commenting below or engage with us on Facebook. Thanks for reading. Unreal Post   “The gospel is that God sent His Son Jesus Christ, to die for your sins, was buried and was raised from the dead 3 days later. Never to die again.” Believe it and be saved from an eternity separated from God.