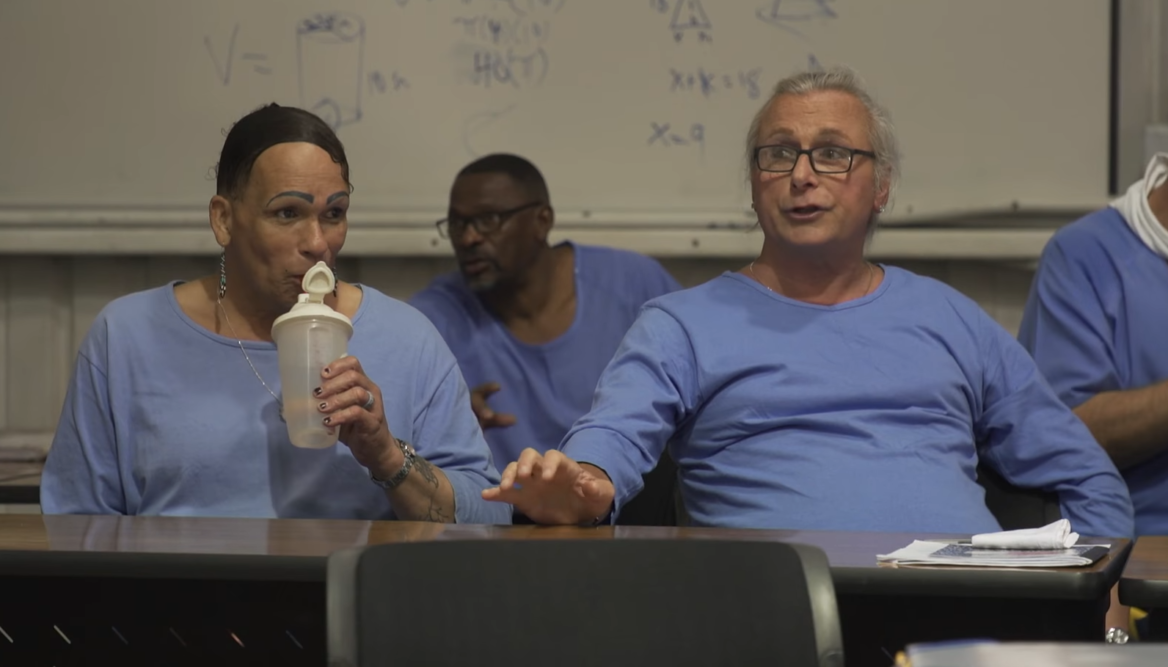 Just the thought of something like this happening is horrific. 255 men being transferred to women’s prisons is hellish and evil. The amount of sexual abuse and rape will be unfathomable.

Ultimately, the endgame for the transgender lie is to get to our children.

Human sexuality is the perfect design by God and binary with the purpose being to multiply the earth (Genesis 1:27; Genesis 9:1). This principle is self-evident to ALL MANKIND but many CHOOSE to hold down the truth with unrighteousness. Newborns are not “assigned” sex or gender at birth. Sex declares itself anatomically in the womb and is clearly evident or should be, and acknowledged at birth.

Stop lying to your children!

Anyone that supports the chemical castration or any other procedure that would change aesthetically anyway, the gender of an 8-year-old child is not just deceived they are horrible parents.

Even coddling 8-year-olds with lies that would encourage them to believe they are anything other than how God made them, at a minimum makes you a dishonest person and or parent.

Romans 1:18 makes clear that this type of bestial behavior by parents, the medical community, and the LGBTQ lobby is the result of the truth being held down with unrighteousness or the lie. The Greek (κατέχω) implies they are holding down or literally standing on truth with their feet; the LGBTQ lobby along with the medical community is literally trampling underfoot the “Truth” with unrighteousness.

Read more about the “transgender lie”

(Breitbart) — Two-hundred sixty-one California state prisoners have requested transfers to facilities that house the opposite gender since a new law went into effect on Jan. 1 — and 255 of them have requested to move from a male to a female corrections facility. The law, SB 132, provides that a prisoner who self-identifies who is “transgender, nonbinary, or intersex” must be “addressed in a manner consistent with the incarcerated individual’s gender identity,” and be “housed at a correctional facility designated for men or women based on the individual’s preference.” The law applies “regardless of anatomy.” Governor Gavin Newsom signed the law last September, declaring on that occasion that “our march toward equality takes an additional step forward.” Become a Christian News Network Supporter… Dear Reader, has ChristianNews.net been of benefit and a blessing to you? For many years now, the Lord has seen fit to use this […]

← Prev: The apostle Peter’s Last Words are to Read Paul’s Epistles for things Regarding Salvation Next: Vile and Evil BLM Creates State of emergency declared, curfew enacted in Twin Cities... 'But God' →