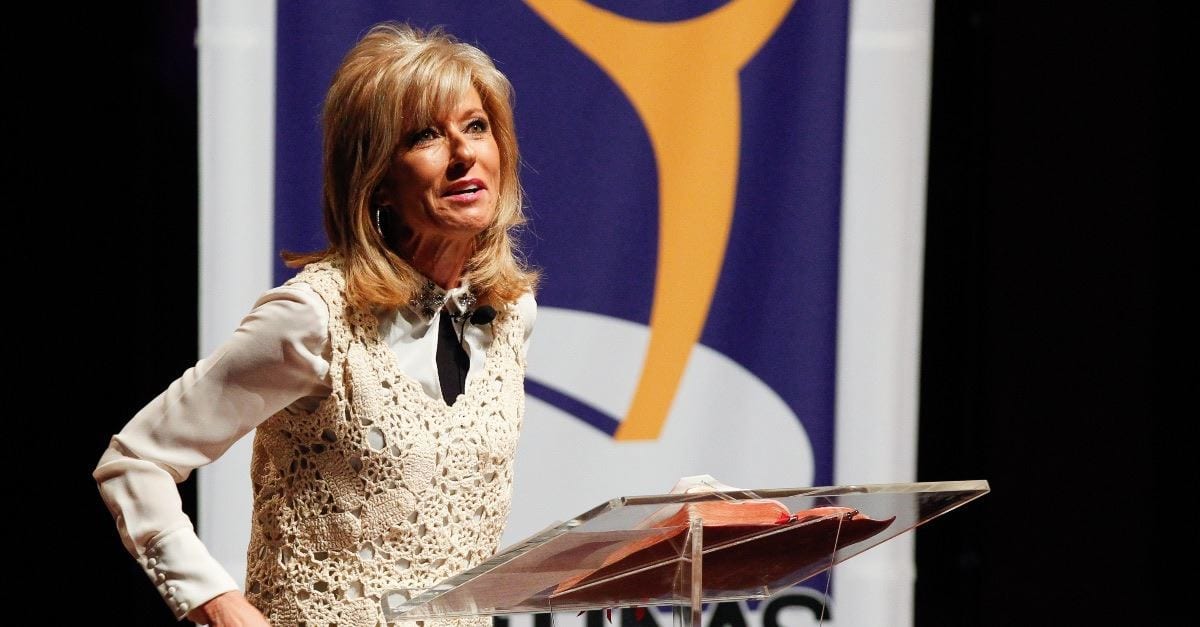 Nearly a half a dozen woman Bible teachers have called Christian author Beth Moore’s views on homosexuality into question this week.

In an open letter signed by Susan Heck, Debbie Lynne Kespert, Michelle Lesley, Martha Peace and Elizabeth Prata, the women ask Moore why she has not spoken out on the issue of homosexuality, despite being a loud voice against misogyny and racism.

The women noted how Moore speedily condemned the Covington Catholic School boys earlier this year whom the media falsely portrayed as racists and bigots, but how in regard to homosexuality, she has avoided making comments altogether. “It is this Johnny-on-the-spot readiness to engage issues related to misogyny and racism that makes your virtual silence on the issue of homosexuality so puzzling,” the letter notes.

The letter continues, focusing heavily on Moore’s seemingly close relationships with two progressive Christian authors, Jen Hatmaker and Jonathan Merritt, who have openly shown support for the LGBTQ community. Merritt has even expressed that he had “at least one homosexual encounter about a decade ago.”

The letter notes that Hatmaker and Merritt are “known for their belief that practicing homosexuals can be Christians” and questions if – since Moore is adored by them both – she too subscribes to the same ideology.

The letter, however, does not make a definitive assumption and instead asks Moore to answer this series of questions regarding homosexuality:

Why have you been so silent on this subject in light of your desire to “teach the word of God?”

The letter concludes with its authors noting that they only “ask these questions to you out of genuine concern.”

“As Bible teachers, all of us are held to a very high standard and will give an account for how we handle God’s word. As you know, homosexuality is widely discussed and debated amongst evangelicals and society at large,” it continues.

“Many families are affected by this issue. The most loving thing obedient Christians can do for them is to clearly communicate God’s truth. We look forward to your clarification on these pressing issues,” the letter concludes.

Moore has yet to directly respond to the letter.

← Prev: California Lawmakers Want to Control What Pastors Preach about LGBT Beliefs Next: Coming to a Church Near You - Drag Queen Brings LGBT Story Time to Cincinnati church →