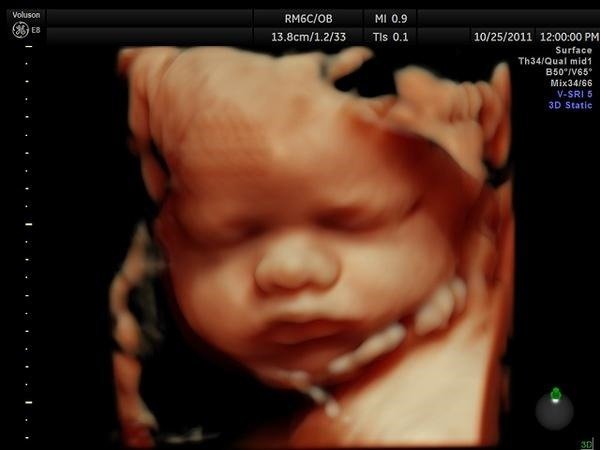 Alabama Attorney General Steve Marshall asked a federal court Thursday to allow the state to restrict elective abortions during the coronavirus pandemic, saying the abortion industry should not get “special treatment” when so many other medical procedures are being postponed.

WDHN reports Marshall filed the appeal Thursday to the 11th Circuit Court of Appeals. He also requested an emergency stay of a federal judge’s order blocking the state from enforcing the restriction.

“At a time when all Americans are making significant sacrifices to prevent the spread of the COVID-19 virus, it is remarkable that one class of providers demands to be treated differently than all others,” Marshall said in a statement. “Abortion clinics want an exemption, yet they are by no means exempt from the known risks of spreading the virus in crowded waiting rooms, depleting scarce personal protective equipment that should be reserved for those treating the virus, and transferring patients with complications to already overburdened hospitals.”

Similar to most states, Alabama is restricting all non-essential medical care during the pandemic. The purpose is to conserve medical resources and prevent further spread of the virus. Several states included elective abortions in their orders, but abortion facilities are suing them to block the mandates.

The Alabama Department of Health order temporarily halts “all dental, medical, or surgical procedures that are not necessary to treat emergency medical conditions or avoid serious harm to patients.”

On Easter Sunday, however, U.S. District Judge Myron Thompson ruled that abortion facilities should be the ones to decide if an abortion is “necessary,” and the state cannot stop them from continuing abortions, the AP reports.

But Marshall said abortion facilities do not deserve special treatment.

“Abortion providers’ attempts to obtain special treatment under the emergency health orders … create a potentially dangerous limitation upon the ability of the State to further respond to the coronavirus pandemic,” Marshall said.

The American Civil Liberties Union and state abortion facilities are involved in the lawsuit. In response to the appeal Thursday, ACLU of Alabama executive director Randall Marshall slammed the attorney general, claiming he is focused on politics, not the pandemic, according to the Alabama Political Reporter.

“During this crisis, it is critical that Alabamians can continue to access the abortions they need to protect their health. The government response to the pandemic must be grounded in public health, not politics, because there is no pause on a pregnancy,” the abortion activist said.

However, abortions are different from all other medical procedures because they destroy lives, rather than save them. Recently, medical groups representing more than 30,000 doctors in America emphasized that abortions are not “essential” or “urgent,” and abortion facilities that continue to operate during the pandemic are being “medically irresponsible.”

Courts across the country are forcing states to continue to allow elective abortions while other medical procedures are being delayed. The abortion industry also is suing Louisiana, Tennessee, Texas, Ohio, Oklahoma and Arkansas to continue aborting unborn babies during the health crisis.

Texas: Abortion centers are temporarily closed after Governor Greg Abbott’s order. But Texas abortion businesses have sued the state to reopen. Planned Parenthood has filed a lawsuit as well to do abortions and ignore the order. A federal judge blocked the order and allowed abortion centers to keep killing babies but a federal appeals court reinstated the order. Now Planned Parenthood is asking the Supreme Court to allow killing babies in non-essential abortions. The 5th Circuit then ruled that surgical abortions, but not the abortion pill, can be banned.

Ohio: Abortion centers are included in the order to close but they are refusing to close. The health department is now investigating those violations. Meanwhile, a judge has blocked the state’s order banning abortions.

Indiana: Governor Bans Killing Babies in Abortions to Save Medical Resources to Fight Coronavirus. At least one abortion business is refusing to comply.

Alabama: Alabama stopped abortions under its non-essential order until April 13th but a judge ruled the state can’t infringe on the so-called “right” to abortion. The judge also ruled that killing babies is somehow “essential” if abortion centers think so.

Kansas: Abortions are allowed in Kansas but a county in Wichita voted to close the late-term abortion clinic there.

Canada has banned every other non-essential medical procedure except abortion

← Prev: California Mayor Resigns After Comparing Trump Supporters to KKK Next: Bill Gates Has Given $68 Million to Organization That Sells Abortion Pills Worldwide →