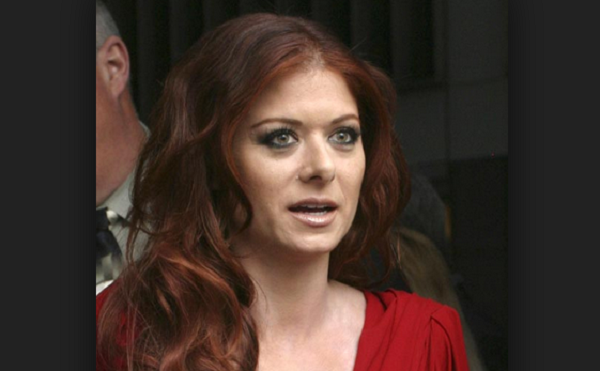 Debra Messing, an actress and abortion activist, slammed President Donald Trump for holding up a Bible outside a church earlier this week, claiming it was a “dog whistle to Nazis.”

Like most abortion activists, Messing, known for her role in “Will and Grace,” despises the Republican president. Lately, abortion activists have been falsely trying to link Trump and his supporters, primarily pro-lifers, Christians and other conservatives, to racism. On Tuesday, Messing posted the comment on Twitter to attack Trump for responding to violent riots protesting the killing of George Floyd by police. Trump walked to a church that had been set on fire by rioters and held up a Bible as he called for peace. “A dog whistle to white nationalists and Nazis,” Messing wrote above a photo of Trump holding a Bible. Next to it was another photo of Nazi leader Adolph Hitler, supposedly also holding a Bible. However, the photo of Hitler was photoshopped. He was not holding a Bible in the original photo, and Twitter flagged her post with a warning label about “manipulated media.” Conservative commentator Jeffrey Lord noted other problems with Messing’s post, including a recent profile of Floyd published in Christianity Today displaying him holding a Bible. “One suspects Messing is, shall we say, unfamiliar with another photo of someone else posing as he held up a Bible. A photo that is not photoshopped but real. That someone else would be….George Floyd,” Lord commented. Keep up with the latest pro-life news and information on Twitter. He continued: Apparently Messing is un-aware that the Old Testament of the Bible is, ah, central to the Jewish religion. And she is apparently equally unaware that Hitler is perhaps the most infamous anti-Semite in history. (Memo to Messing? See “Holocaust.”) Thus any photoshopped picture of Hitler holding […]

← Prev: 48 State-Run Churches Shut Down in One County in Two Weeks Next: Rioters Killed Retired Police Chief David Dorn, But No One is Protesting Over His Death →