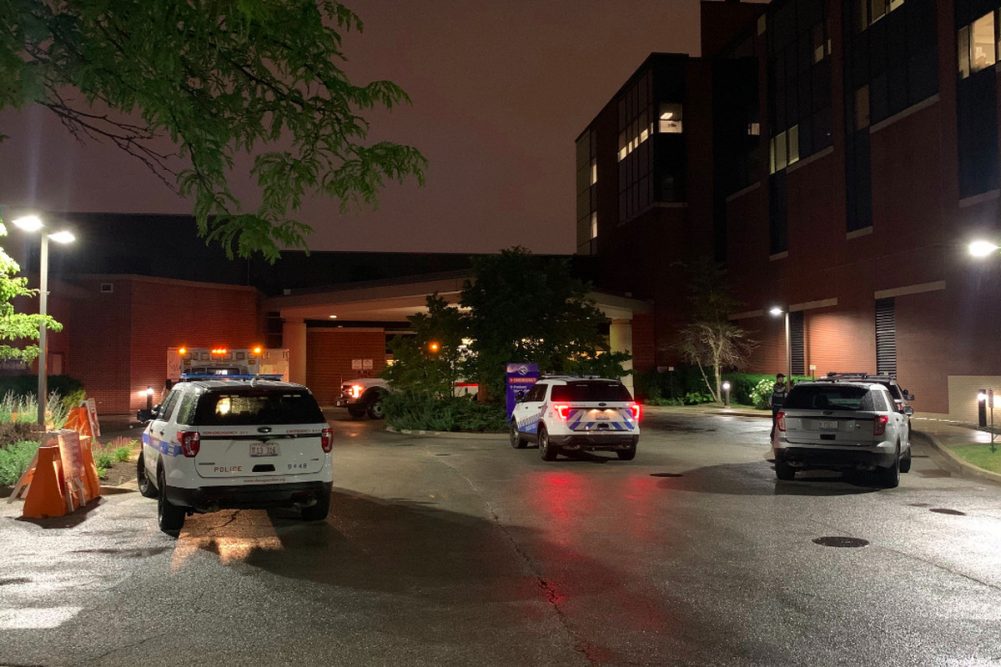 ‘But know this, that in the last days perilous times will come: For men will be lovers of themselves, lovers of money, boasters, proud, blasphemers, disobedient to parents, unthankful, unholy, unloving, unforgiving, slanderers, without self-control, brutal, despisers of good, traitors, headstrong, haughty, lovers of pleasure rather than lovers of God, ‘

Chicago police SUVs wait outside West Suburban Medical Center in Oak Park, where a 3-year-old boy was taken after being shot while riding in a car with his father June 20, 2020, in Austin. The boy later died.

Chicago saw its highest number of gun violence victims in a single weekend this year with 104 people shot across the city from Friday evening to Monday morning, 14 of them fatally. Five of those killed were minors.

The weekend saw more shooting victims but fewer fatalities than the last weekend of May, when 85 people were shot, 24 of them fatally — Chicago’s most deadly weekend in years. In a Sunday news conference, Chicago Police Supt. David Brown reflected on the surge in gun violence. “Bullets don’t just tear apart the things they strike,” Brown said. “Bullets also tear apart families. Bullets destroy neighborhoods and they ruin any sense of safety in a community.” The latest child fatality happened early Monday in Austin on the West Side. Two boys, 15 and 16, were walking in an alley at 12:18 a.m. in the 4700 block of West Superior Street when someone fired at them, possibly from a gray sedan, according to Chicago police. The 15-year-old was shot in his leg, chest and abdomen. He was taken to Stroger Hospital and pronounced dead. The other boy, 16, was hit in the ankle and also taken to Stroger. He was in fair condition. Saturday night, a 13-year-old girl was killed and two other teens were wounded in Austin on the West Side. The girl was inside a home about 8:30 p.m. in the 1000 block of North LeClaire Avenue when the shots were fired, and she was struck in the neck, police said. Amaria J. Jones was taken to Stroger, where she […]

Click here to view the original web page at chicago.suntimes.com