Woman Breaks Down in Tears, Changes Mind on Abortion After Seeing How Abortions Kill Babies 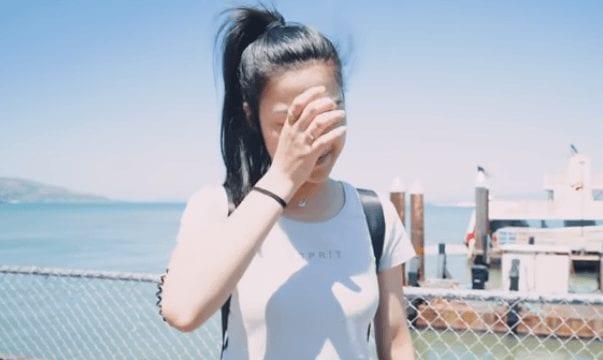 It can be surprising how quickly people’s minds change after they witness the cruel reality of abortion.

A project by Live Action left one woman in tears after she watched a former abortionist describe how unborn babies are crushed and pulled apart in pieces in abortions, Western Journal reports.

The new video, part of Live Action’s “Abortion Procedures” project, begins with a young woman who says she does not like abortions but would not want them to be illegal.

“I don’t really like abortion. I’d rather it didn’t exist. I’m not very ‘for abortion,’ but there are times when you do need abortion, and it’s up to that person, and their rights, and what they want to do,” she says.

Then she watches a short presentation by Dr. Anthony Levatino, a former abortionist, describing the four most common abortion procedures. His short presentation is accompanied by medically-accurate animations showing how the abortions work.

The young woman’s emotions quickly change as she watches. Afterward, crying, she admits that she did not know how cruelly abortions destroyed unborn babies’ lives.

“I didn’t know that you’d have to detach and crush, and the process it goes through, and all the risks that happen with this,” she says. “So now that I do know, … there are so many other options apart from abortion, and I know it sucks, and like, the consequences, and how it happened, and why you might want an abortion, but there’s always another option.”

Live Action says its “Abortion Procedure” videos have been viewed more than 50 million times and have been translated into multiple languages.

Levatino, who presents the facts in each video, is an OB-GYN who aborted more than 1,000 unborn babies before becoming pro-life. After his daughter died in a tragic automobile accident, he re-evaluated his position and stopped doing abortions. Now a pro-life advocate, he speaks out against abortion across the world. He has testified in favor of pro-life legislation before U.S. Congress, and helped expose the horrific reality of abortion through the Live Action project.