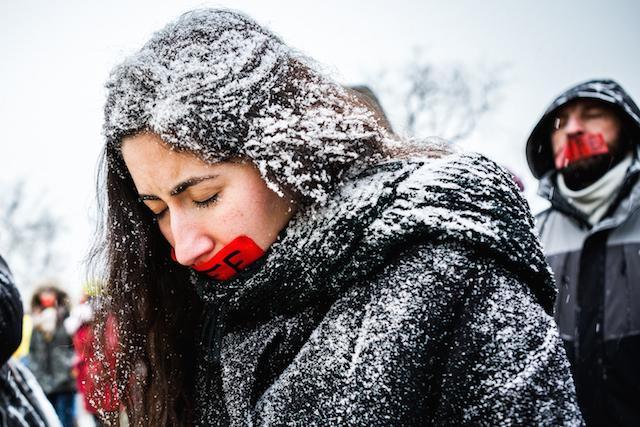 “Peaceful, pro-life conversation simply can’t be censored on public sidewalks. Citizens have the freedom to share a message of hope and compassion with any mother seeking to make an informed choice about her pregnancy,” said ADF Legal Counsel Elissa Graves. “Pittsburgh politicians cannot censor or silence speech they dislike using buffer zones. As the Supreme Court recognized in its 2018 NIFLA decision, ‘[T]he people lose when the government is the one deciding which ideas should prevail.’”

The 3rd Circuit previously found in Bruni v. City of Pittsburgh that “the Ordinance imposes the same kind of burden on speech” as one the U.S. Supreme Court struck down in McCullen v. Coakley. Following that 2014 ruling, ADF attorneys successfully challenged similar censorship zones in Madison, Wisconsin.

“We’re asking the 3rd Circuit to apply what the Supreme Court made clear in 2014—that free speech receives the highest protection on public sidewalks,” said ADF Senior Counsel Kevin Theriot, who will argue before the court Wednesday. “The First Amendment doesn’t allow the government to ban life-affirming expression simply because some pro-abortion politicians or activists demand it. Pittsburgh can’t carve out public spaces where the Constitution doesn’t apply.”

ADF attorneys filed the lawsuit in 2014 on behalf of pro-life individuals who haven’t been allowed to speak or engage in sidewalk counseling within the zones. Pittsburgh Mayor Bill Peduto is enforcing the law, which he voted for as a city councilman in 2005.

Under the ordinance, no one may “knowingly congregate, patrol, picket or demonstrate in a zone extending 15 feet from any entrance to the hospital or health care facility” that the city designates. Health care facilities broadly and vaguely include any “establishment providing therapeutic, preventative, corrective, healing and health-building treatment services on an out-patient basis by physicians, dentists and other practitioners.”

Lawrence G. Paladin, Jr., one of more than 3,200 attorneys allied with ADF, is serving as local counsel in the case.