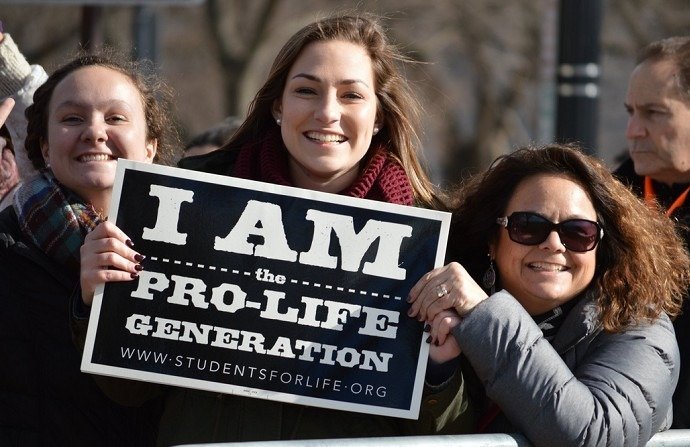 Nothing destroys more innocent human lives each year than abortion.

Yet, the pro-life movement repeatedly is accused of not really caring about human beings every time there is another threat to human life and pro-life politicians do not respond in the ways liberals think they should.

This week, The Washington Post, which believes in the so-called “right” to abort an unborn baby, slammed pro-life Republican lawmakers for their responses to the coronavirus outbreak.

“Something strange is going on with Republicans,” the article began. Though some Republican leaders say they are pro-life, in the eyes of the Washington Post reporters, they are advocating for “the sacrifice of lives to kick-start the economy.”

“The dichotomy is striking,” the article continued. “Even as some Republicans try to ban abortions during the pandemic, they are calling in increasing numbers for the sacrifice of lives to kick-start the economy.”

Later, it added, “When antiabortion politicians invoke a right to life in condemning abortion but then show little hesitation about sacrificing people’s lives, it raises the question: Is the GOP the party of life, or just the sworn enemy of Roe’s right to choose?”

This is a fundamental misunderstanding of many pro-life Republicans’ position. To many Republicans and even many Democrat voters, restarting the economy means saving lives by allowing small businesses to reopen and individuals return to work so that they can feed, house and clothe themselves and their families.

It’s not an issue of sacrificing lives or saving them; it’s a disagreement about the best strategies to save lives. But the Washington Post missed this basic concept.

There are very real disagreements among pro-lifers about the solutions to ending abortions and restoring rights to unborn babies. But the movement is united in the cause that the right to life is for all human beings, born and unborn, and the number one destruction of human life is abortion. Therefore, it deserves special focus.

But again, the newspaper failed to recognize this. Instead, it claimed the pro-life movement is no longer politically diverse and primarily blamed pro-life and Republican leaders for this change.

“The marriage between the GOP and the antiabortion movement might have been hard to see coming. After all, in the 1960s and 1970s, ‘pro-lifers’ were politically diverse. The movement included dyed-in-the-wool fiscal conservatives and self-described liberals who favored broad welfare protections for pregnant women, young mothers and children,” the article states.

The pro-life movement still is full of liberals and conservatives. It’s just high-level political leaders in the two parties who are becoming increasingly polarized on the matter. The Democratic Party has become radical in its pro-abortion stance. Many liberal pro-lifers now feel that they no longer have a political home because Democrat leaders are openly telling them that they are not welcome.

The Washington Post only briefly mentioned how Democrat leaders also are to blame for the change, writing, “… over time, the Democratic Party increasingly defined itself as a champion of reproductive rights, firmly shutting the door on abortion opponents uncomfortable with the GOP.”

It went on to fault the pro-life movement for defining “pro-life” too narrowly to mean only anti-abortion.

According to the article:

And so today, the term’s narrow definition explains how self-proclaimed pro-life champions can seemingly call for the sacrifice of seniors and other vulnerable people in the name of kick-starting the economy. But is also exposes a rift in the GOP, because for many pro-lifers, the true definition of the term has never been so simple. Many movement members have expressed special concern about end-of-life decision-making, including the abuse of the elderly and the disabled. Just think back to the uproar over Terri Schiavo and the debate about the Affordable Care Act’s mislabeled “death panels.” Others have even called for a broader approach, demanding an end to “throwaway culture.”

The pandemic is shining a spotlight on the deeper and contentious debate over what it means to be pro-life, especially for those who have never been satisfied with a single-issue definition. And it also raises questions more broadly, about whether the Republican Party can be taken seriously the next time it tries to justify restricting abortion based on “the dignity inherent in all human life.”

This single-issue focus is not exactly true, either. During the coronavirus outbreak, pro-life leaders have been actively involved in advocating for the elderly, people with disabilities and other vulnerable people by fighting discrimination, medical rationing, assisted suicide, euthanasia and unethical scientific research that uses materials from the destruction of innocent human lives.

But even if the pro-life movement was focused just on a single issue, abortion, there is nothing wrong with that. The Washington Post does not apply a similar critical standard to other organizations that focus on single issues such as the environment or poverty, abuse or cancer.

Abortion is the greatest human rights abuse of our time. Since Roe v. Wade, at least 61 million unborn babies have been killed in abortions. Every year, nearly 1 million unborn babies continue to be slaughtered in their mothers’ wombs. Abortion deserves special focus because it is such a massive human rights abuse, and there are people in power who are not only fighting to keep it legal but to expand the killing of unborn babies to any reason up to birth and force taxpayers to pay for them.

← Prev: Chadian believers reach lost neighbors for Christ Next: Joe Biden Would Force Americans to Pay for Killing Millions of Babies in Abortions →