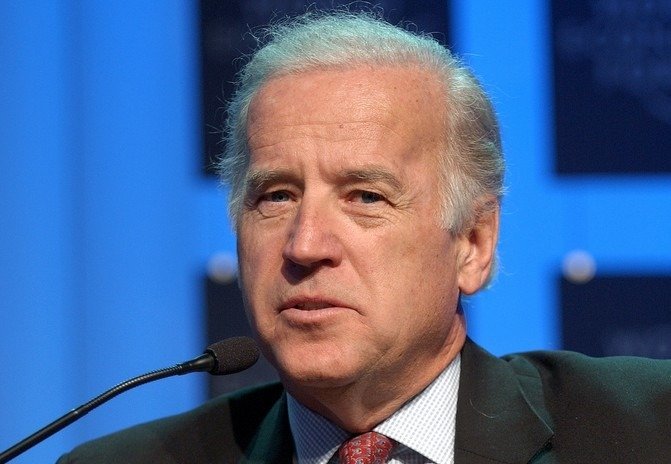 Joe Biden is following his party’s lead on its increasingly radical stance on abortion.

Once, he represented the views of his constituents by supporting the Hyde Amendment, which prohibits taxpayer funding for abortions though Medicaid.

But now the presumed Democratic presidential nominee takes the opposite stance – one that aligns with powerful political donors but not the American people.

“He wants to overturn the Hyde Amendment, which has saved an estimated 2 million people that are alive today because of that one piece of legislation,” Karen Cross of the National Right to Life Committee told One News Now.

Biden flip-flopped on the issue last June after facing intense pressure from the abortion industry to support taxpayer-funded abortions.

“It can’t stay,” Biden said of the Hyde Amendment during an exchange with an ACLU activist. Later, he openly confirmed that he no longer supports the common-sense amendment.

Cross said the whole Democratic Party has shifted far left on the abortion issue, and Biden is going along with it.

“… that’s a core piece of the Democrat platform, is overturning Hyde and making not only unfettered abortion, but paid for with tax dollars,” she told the news outlet. “Even back in 2016, the Democrats changed their platform to remove the word ‘rare,’ and they have the most extreme position that they’ve held for a long time.”

A 2019 poll conducted by Marist University found an overwhelming majority of Americans support restrictions on abortion. It also found that three-quarters (75 percent) of Americans oppose taxpayer funding of abortion abroad, fewer than two in 10 (19 percent) support such funding. Opposition to this funding includes most Republicans (94 percent) and independents (80 percent) and a majority of Democrats (56 percent).

By a double-digit margin, a majority of all Americans oppose any taxpayer funding of abortion (54 percent to 39 percent).

In 2016, when Hillary Clinton campaigned on the same issue, a Harvard University poll found that only 36 percent of likely voters support overturning the Hyde Amendment.

Interestingly, the poll also found that voters who make more than $75,000 were more supportive of forcing taxpayers to fund abortions (45 percent in favor), while those who make $25,000 or less were strongly against it (24 percent in favor). In other words, the people most likely to qualify for a Medicaid-covered, taxpayer-funded abortion are the ones who oppose it the most.

Biden would expand taxpayer funding for the abortion industry in more ways that one. Along with ending the Hyde Amendment, he also promised that one of his first acts as president would be to restore funding to Planned Parenthood, the billion-dollar abortion chain.

Biden recently said he would be committed to “the constitutional right to an abortion” and “reverse the Trump administration and states’ all-out assault on women’s right to choose.” He also promised to “work to codify Roe v. Wade.” The infamous U.S. Supreme Court decision made the United States one of only seven countries in the world that allows elective abortions after 20 weeks of pregnancy.

From 2001 to 2008, Biden’s voting record on pro-life issues was close to zero, according to the National Right to Life Committee. In 2005, for example, he voted against the Mexico City Policy, which prohibits funding to overseas groups that promote and/or perform abortions. He also voted repeatedly to require that military service members’ abortions be covered by taxpayer dollars.