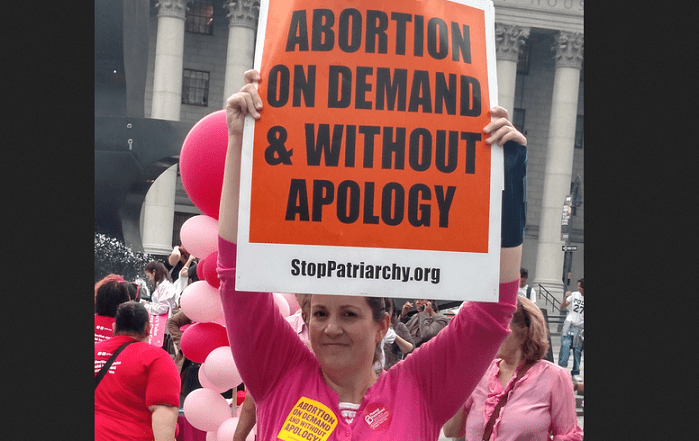 College students are being targeted by the abortion industry.

Now, Washington state lawmakers are moving forward with a bill that would force colleges to cover abortions in their student health plans, The Spokesman-Review reports.

The state already forces most health insurance plans to cover elective abortions, but the bill would expand the mandate to college health plans.

“This is an attempt to make sure that the student health plans that offer coverage for maternity care must also provide coverage for abortions,” Thai told the news outlet.

The bill passed the state House earlier this month and now is moving through the state Senate.

When the Office of the Insurance Commissioner was working on implementing the 2018 Reproductive Parity Act, they realized that student plans were not covered, she said.

Health plan carriers can claim a conscience or religious exemption to abortion and would still be able to provide maternity services, Thai said. Current law allows that if a carrier for most insurance plans provides its enrollees with a written notice of why the services aren’t covered and gives them information on how to access abortion services.

Those provisions would be added to health plans for college students under the bill, which has already passed the House.

College students already are vulnerable to abortion, and pro-abortion legislation like the bills proposed in New York and Washington would only put more pressure on students to abort their unborn babies.

Students who choose life for their unborn babies often struggle to find support. College campuses are notoriously unfriendly to pregnant and parenting students.

Reacting to the New York proposal in December, Michele Sterlace-Accorsi, executive director of Feminists Choosing Life of New York, told WROC News 8 that the bill does not provide any support to students who choose life for their unborn babies.

“What it doesn’t help finance are campus child care centers, any kind of desperately needed prenatal care,” Sterlace-Accorsi said. “These are the impediments that interfere with women’s ability to carry unplanned pregnancies to term, to choose life for their children and also have a career.”

Students for Life of America has been working hard to change that. Through its clubs and various outreach programs, it is providing much-needed support to students and their unborn babies. Last fall, it launched a new education campaign to help pregnant and parenting students understand that they cannot be discriminated against on campus because they choose life for their child. Students for Life also runs Pregnant on Campus, which connects students to resources for themselves and their babies.

← Prev: From Gangster to Minister: ‘He Changed Me From a Mess Into a Message’ Next: ACLU Sues Texas Sanctuary Cities for the Unborn for Banning Abortion Advocacy Groups From Working in Town →