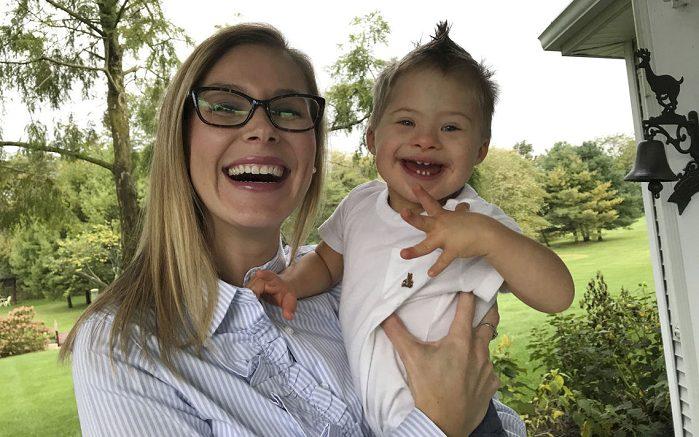 The Utah state legislature gave final approval today to legislation to protect unborn babies with Down syndrome from abortions.

HB 166, also known as the Down Syndrome Nondiscrimination Abortion Act, would prohibit women from getting abortions after a pregnancy screen indicates that their unborn child has Down syndrome. The bill includes provisions that specify what Down syndrome is, and require the state Department of Health to create an informational sheet and webpage to inform parents about the disability.

The state Senate voted for the bill today and now the measure heads to the governor, Gov. Gary Herbert.

HB166, sponsored by Rep. Karianne Lisonbee, R-Clearfield, contains a “trigger” provision that spells out the ban would not take effect until a court ruled on its constitutionality.

The bill cleared the Senate on a final vote of 20-6, with all six Democratic senators opposed and every Republican on floor supporting the measure. There was no discussion in the Senate before Wednesday’s initial vote, also along party lines.

When the bill was considered by the House, Lisonbee told representatives “social engineering is alive and well in Utah’s abortion clinics and doctor’s offices today as we see the eradication of babies with Down syndrome.”

Legislators discussed why they supported the measure to protect babies with Down syndrome:

Asked after Thursday’s vote why the bill is good for Utah, Senate President Stuart Adams, R-Layton, said it is a sensitive issue.

Sen. Jani Iwamoto, D-Holladay, said she didn’t want to speak for all the members of the Democratic caucus. But her opposing vote, she said, reflected her beliefs about the role and relationship between a physician and patient.

One Utah lawmaker, state Rep. Brady Brammer, said HB 166 makes a critical point. “Message bills do send a message that people count, and in this case, that the unborn children that have disabilities count,” the Salt Lake Tribune reported.

This is not Utah’s first attempt at banning abortions on babies with Down syndrome. Last year, a similar bill made it to the legislature in February, but it was ultimately unsuccessful.

When HB 166 was discussed, several speakers urged lawmakers to support the bill, including Lisa Wilson, a woman with Down syndrome. Deseret News reports Wilson said she was happy she was given life.

“I am so grateful that I was blessed that I might live so that I could give and receive joy,” she said.

Utah joins other states in the battle to prohibit discriminatory abortions. States like Indiana, Ohio and North Dakota have led the way in banning abortions on babies with Down syndrome, despite legal battles. Other states are considering measures like the Utah legislation.

The bill also comes at a time when the conversation about Down syndrome has been in the spotlight. Last week, actor Ashton Kutcher shared on his Facebook page a viral video of a man with Down syndrome giving a speech about eugenic discrimination.

The rate of abortions after a Down syndrome diagnosis is about 67 percent in the U.S., according to CBS News. Some put the rate as high as 90 percent, but it is difficult to determine the exact number because the U.S. does not keep detailed statistics about abortion. Some countries, such as Iceland, abort children diagnosed with Down syndrome at a rate of 100 percent.