Trump Is ‘the Most Pro-Life President in American History,’ Pence Says 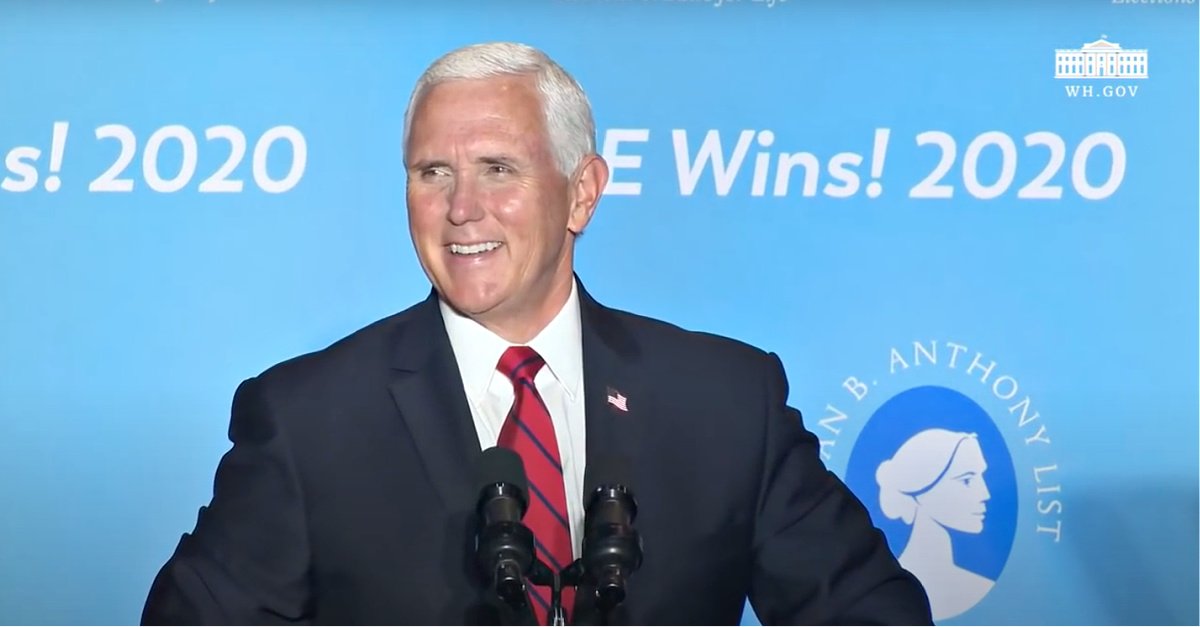 Vice President Mike Pence on Wednesday touted President Trump as the “most pro-life president in American history” and warned supporters that Joe Biden “would undo all the progress that we’ve made in the cause of life” if elected. Speaking to pro-life supporters at Starkey Road Baptist Church in Seminole, Fla., Pence said “life is winning in America.” “From the first day he took office, President Trump has been standing without apology for the sanctity of human life,” Pence said. The speech was part of a multi-state “ Life Wins ” tour with Susan B. Anthony List leaders. Pence also visited a crisis pregnancy center, A Woman’s Place. Pence listed pro-life accomplishments of the administration: reinstituting the Mexico City policy, “making sure no taxpayer dollars would ever go to promote or provide abortion around the world.” appointing “200 conservative judges” to the federal courts. Pence said Trump had appointed “more conservatives to our courts of appeals than any president in American history.” taking executive action to defend Little Sisters of the Poor and other religious organizations from the Obama-era’s abortion/contraceptive mandate . signing a bill into law that lets states defund Planned Parenthood. Pence cast the tie-breaking vote in the Senate. Trump becoming the first president to attend and address, in-person, the March for Life on the National Mall. “By contrast, Joe Biden and the Democratic Party would take America in the opposite direction,” Pence said. Pence referenced Biden’s opposition to the Hyde Amendment, a congressional provision dating to 1980 that prohibits taxpayer funding of abortion. Historically, it drew bipartisan support. “Joe Biden and the Democratic Party have literally abandoned their support for the Hyde Amendment and have pledged to use taxpayer dollars to fund abortion at home and abroad,” Pence said. “Joe Biden and the Democratic Party … plan […]