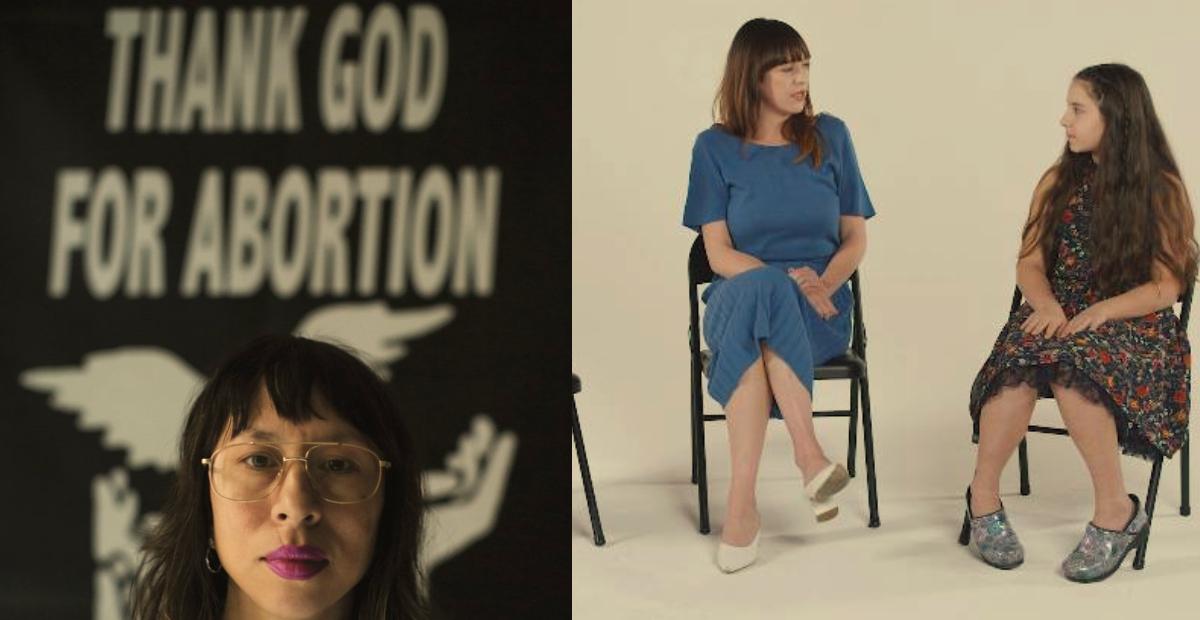 But know this, that in the last days perilous times will come:

A video [Video Below] that has been denounced as “brainwashing,” entitled “Kids Meet Someone Who’s Had an Abortion,” was posted to social media on Friday. The video already has over 750,000 views. The Facebook video shows Shout Your Abortion founder Amelia Bonow asking young kids questions about abortion.

When asked by one of the youth what does she think God thinks about abortion? The Shout Your Abortion founder answers “I think its all part of God’s plan”.

There isn’t much room to fall. The onslaught to make what is evil good and good evil is close to hitting its peak.

Woe to those who call evil good, and good evil; Who put darkness for light, and light for darkness; Who put bitter for sweet, and sweet for bitter!

Since the cross mankind has been in the last days and the world has seen tremendous hardship and death. But here in America, the spiritual downfall began in 1962, with the removal of Bible reading and prayer in schools.

Since 1962, demonic forces have been behind the scenes, covertly working to destroy our blessed nation, the United States of America. In the recent three to five years Satan and his demonic angels have moved more and more into the mainstream of American lives. Normalizing what was just a short time ago considered abhorrent and evil is now minimized and part of our everyday lives.

So normal that most people are incapable of seeing right from wrong. It’s that anything goes society.

Being filled with all unrighteousness, sexual immorality, wickedness, covetousness, maliciousness; full of envy, murder, strife, deceit, evil-mindedness; they are whisperers, backbiters, haters of God, violent, proud, boasters, inventors of evil things, disobedient to parents, undiscerning, untrustworthy, unloving, unforgiving, unmerciful; who, knowing the righteous judgment of God, that those who practice such things are deserving of death, not only do the same but also approve of those who practice them.

The Devil’s Narrative It’s All a Lie

The organization “Shout Your Abortion” is grooming young children to reject the God of the Bible. How?  By getting these young impressionable teens and pre-teens to believe the lie. What’s the lie?

Read the short transcript below to find out:

Bonow Asked: Are you religious at all?

The child responds: I believe in God.

Bonow Responds: What do you think God thinks about abortion?

The child responds: I think He’s fine with it because there are babies still being born.

The child then asks Bonow: What do you think God thinks about abortion?

Bonow Responds with the lie: I think its all part of God’s plan.

Telling a child that abortions are part of God’s plan is abhorrent and evil!

Then near the very end of the video at the 7 minutes 36-second point; Bonow is asked by the same child: Is it weird being defined by this one thing that you did?

God Doesn’t Want Anyone to Die

Nowhere in Scripture does God support abortion, murder or death of any kind. (Ezekiel 18:23;1 Timothy 2:4)

The abortion Ecclesia Scripture references for God supporting abortion is stupid. Anyone with the Holy Spirit dwelling in them will know they’re wrong and twisting God’s Word for evil purposes.

There is nothing good about this video at its very core is Satan himself doing what he does best. Deceiving! (Lie) The Devil is the father of lies.

You are of your father the devil, and the desires of your father you want to do. He was a murderer from the beginning and does not stand in the truth, because there is no truth in him. When he speaks a lie, he speaks from his own resources, for he is a liar and the father of it.

The Gospel is the Only Answer to Stop Abortions

As Christians, we need to take this for what it is. An overt attack on what God loves most mankind. So why not go after what God loves most and is the most vulnerable. He loved us so much that He sent His only Son Jesus Christ to die so we could be with Him. If we believe the gospel.

What to do? Is there anything we can do? Of course! Pray for these people. If you want abortion to end the share then share the gospel. Pray for the doctors that perform abortions, pray for the nurses that work at abortion clinics and all the support staff. Pray that God opens their hearts to the gospel of grace. The gospel is the POWER unto salvation! (Romans 1:16)

Therefore, if anyone is in Christ, he is a new creation; old things have passed away; behold, all things have become new.

The gospel is the only way to stop abortions from happening! Only the gospel can change a person’s heart and mind, making them a new creation.

If you liked this post please consider sharing it.