Senator Ben Sasse: I Challenge Democrats to Stand Up and Oppose Infanticide 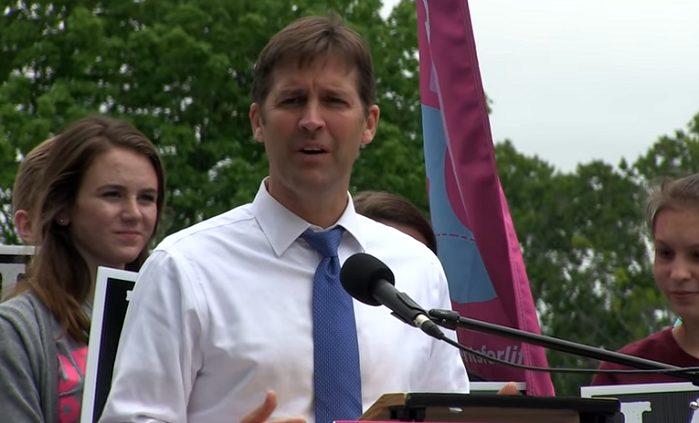 Back in the late 1990s, then-Senator Barbara Boxer tiptoed over the line from defending abortion to endorsing infanticide, saying on the Senate floor that a child has rights “when you bring your baby home” from the hospital.

Back in those days, she was way outside of the mainstream. Sadly, two decades later, it seems some extremists inside the Democratic Party have caught up and are willing to defend infanticide.

Late last month, in the course of endorsing a bill to remove some of his state’s key abortion restrictions, disgraced Virginia Governor Ralph Northam coolly described a scenario in which “the infant would be delivered. The infant would be kept comfortable. The infant would be resuscitated if that’s what the mother and the family desired, and then a discussion would ensue between the physicians and the mother.”

When reporters asked the Governor — a pediatrician by trade — to clarify his comments, he doubled down on his position. Just a few days earlier, members of the New York State Assembly, along with Governor Andrew Cuomo, cheered the passage of a bill that removes all protections from babies born alive after botched abortions.

Unfortunately, that’s not all.

Last week, I asked the U.S. Senate for unanimous consent to pass my Born-Alive Abortion Survivors Protection Act. This legislation would do nothing more than require that doctors give babies who survive botched abortions the same level of care that would be given to any other baby at the same stage of development.

That’s simply the bare minimum in humane treatment, and every Republican and Democrat should be able to affirm it. It’s not complicated: You’re either with babies, or you’re for infanticide.

But some Senate Democrats blocked this anti-infanticide legislation — some of the same politicians who consistently promise to fight for the weak, the vulnerable and the voiceless. We weren’t talking about abortion, “special circumstances,” “clumps of cells.” We were talking about infanticide, about a newborn baby boy or baby girl, alone and cold on an abortion-clinic table.

Next week, the Senate is going to have a roll call vote on the Born-Alive Abortion Survivors Protection Act. Every single Senator is going to have to take a position – stand with Governor Northam or defend newborns.

A refusal to condemn infanticide would be the tragic culmination of abortion radicalism. Under the sway of a multibillion-dollar abortion industry that hands out millions of dollars in campaign donations, some politicians no longer have the courage even to defend a baby outside of the womb. The old slogan of “safe, legal and rare,” has been tossed aside, and some politicians appear to be comfortable with abortions even into the “fourth trimester.”

This is madness, plain and simple. Everyone in public life should be able to affirm that every human being is created equal and that children — even, and perhaps especially, those who come into the world in the worst circumstances — deserve the protection of our laws.

Nebraskans know that, and so do the majority of Americans. According to a recent YouGov and Americans United for Life poll, even 75 percent of abortion-rights supporters are opposed to denying medical care to viable infants.

Defending newborns shouldn’t have anything to do with whether or not there’s an (R) or a (D) after your name. As a Democrat in an older mode, former Pennsylvania Gov. Bob Casey, used to say: This isn’t “right versus left, but right versus wrong.”

Deep down, each of us knows that every member of our human family ought to be protected and deserves to be cherished and loved. Every child should be treated with care and respect; no child’s life is disposable. Protecting the infant survivors of abortion is simply making good on our commitment to the inexhaustible dignity of every human being.

The Born-Alive Abortion Survivors Protection Act should be an easy vote next week. Defending innocent life is the most basic responsibility of every person in public life. Every Nebraskan, every member of Congress and every American, should be able to affirm that all of us are created equal — even the tiniest.

LifeNews Note: This appeared in the Lincoln Journal-Star, February 20, 2019. ← Prev: Marco Rubio: Democrats are the Abortion Extremists Since They Support Abortions Up to Birth Next: Abortionists reveal why we need a law to protect abortion survivors →