Marco Rubio: Democrats are the Abortion Extremists Since They Support Abortions Up to Birth 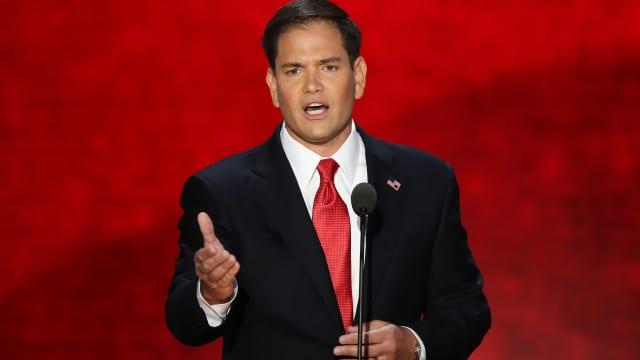 I never thought I would see the day America had government officials who openly support legal infanticide. But Democrats in New York and Virginia have made it clear that, on the issue of life, extremism has become mainstream in the Democratic Party. Gone are the days when Democrats sought to make abortion “safe, legal, and rare.”

Democrats are now the party of abortion on demand and at any point in a pregnancy. Their haste to rush left has led them to such an extreme position on abortion that they now openly advocate for it even up to the moment prior to delivery.

In New York, Governor Andrew Cuomo recently signed legislation that legalizes abortion not just at the point a fetus is viable outside the womb, but right up until delivery. As egregious as this law is, it pales in comparison to efforts in Virginia that sparked outrage across the country.

Virginia House Democrats recently proposed barbaric legislation that would repeal all restrictions on third-trimester abortions. The repeals include the requirement that two physicians certify that a third-trimester abortion is necessary to prevent the woman’s death or impairment of her mental or physical health. Appallingly, the legislation would allow abortion even at the very end of pregnancy just as a woman is going into labor.

During a radio interview, Virginia Governor Ralph Northam defended the proposed abortion bill and has now come under fire for casually discussing how the law would permit an infant to die on the table shortly after birth.

Shockingly, Governor Northam and Virginia House Democrats don’t see anything wrong with this horrifying scenario. Instead, they argue they are simply “protecting a woman’s constitutional right” because she requested an abortion moments prior to delivering a child.

Governor Northam made an ill-fated attempt to clarify his comments that this would only happen if the infant had an abnormality, but he only succeeded in confirming his original intent. For those on the left who would seek to justify their radical abortion agenda due to a child’s “abnormality,” I would urge them to listen to the arguments by John Franklin Stephens and reconsider trading the lives of the unborn for the votes of radicals who would.

The Extremism of Third-Trimester Abortion and Infanticide

The definition of infanticide is “the crime of killing a child within a year of birth,” and every year local news outlets report heart-wrenching stories about newborn babies left to die by mothers who didn’t want them. Allowing a baby, born just moments prior, to die on a table because the mother requested an abortion is nothing short of infanticide. Sadly, Virginia Democrats have a new message for any mother thinking about killing their baby after birth: request an abortion just before the baby is delivered and suffer no consequences.

In a June 2018 Gallup poll, just 13 percent of Americans supported abortions in the third-trimester. I hope Virginia Democrats will come to their senses and reverse course on openly supporting legal infanticide. Ending the life of a child minutes before birth is un-American and I urge all Americans to denounce this kind of extremism — including my friends on the left.

As a policymaker who is staunchly pro-life, I recognize that this debate puts two rights in conflict with one another: the right of women to control their bodies, and the right of every unborn child to live. For me, I will always err on the side of life. We must do everything we can to give every human a chance at life. Thankfully, this belief is still alive and well within the Republican Party.

[Last] month, thousands of Americans participated in the 46th annual March for Life in Washington, D.C.. This event is directly responsible for the progress we have made in protecting the sanctity of life. I am proud to join pro-life supporters who march for those who have no voice. I will continue to pray that the right to life for every human will one day be respected.

LifeNews Note: This was originally posted at The Stream and reposted on the Senator’s webpage.

← Prev: Don’t Expect the Gosnell Movie to Win Any Oscar Awards From Liberal Hollywood Next: Senator Ben Sasse: I Challenge Democrats to Stand Up and Oppose Infanticide →