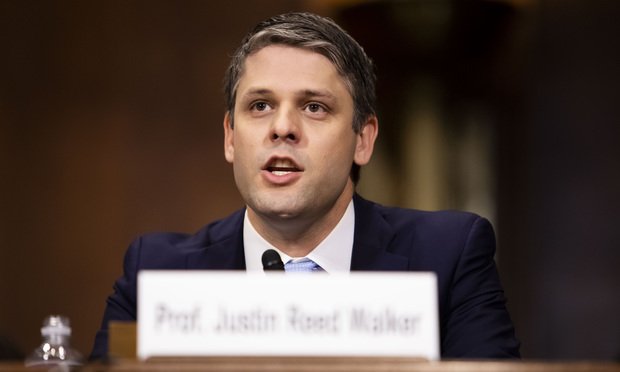 The U.S. Senate confirmed a judge appointed by President Donald Trump, and opposed by Senate Democrats, to serve on the U.S. Court of Appeals Thursday by a close 51-42 vote. Trump nominated Judge Justin Walker to serve on the U.S. Court of Appeals for the D.C. Circuit in May, and the announcement was met with opposition from Democratic politicians who criticized the newly appointed district judge for his past comments on a Supreme Court ruling upholding ObamaCare, according to Bloomberg Law. Pro-life and religious freedom organizations celebrated his confirmation, hailing him as a proponent of religious freedom, referencing one of his recent rulings as a judge in the Western District of Kentucky . Walker granted a temporary restraining order April 11 preventing Louisville Mayor Greg Fischer from blocking Easter drive-in services, and issued a harsh criticism of the city’s decision. “On Holy Thursday, an American mayor criminalized the communal celebration of Easter,” Walker wrote in his 20-page opinion . “That sentence is one that this Court never expected to see outside the pages of a dystopian novel, or perhaps the pages of The Onion.” “Thank you for serving as an enduring reminder that although my legal principles are prevalent, they have not yet prevailed, and although we are winning we have not won,” Walker said during the ceremony, Fox reported. “And that although we celebrate today, we cannot take for granted tomorrow, or we will lose our courts and our country to critics who call us terrifying and who describe us as deplorable.” Walker also addressed Kavanaugh at the ceremony, referring to hearings the Supreme Court justice’s nomination process: “You were like St. Paul, hard pressed on every side but not crushed, perplexed but not in despair, persecuted but not abandoned, struck down but not destroyed.” Click here to […]