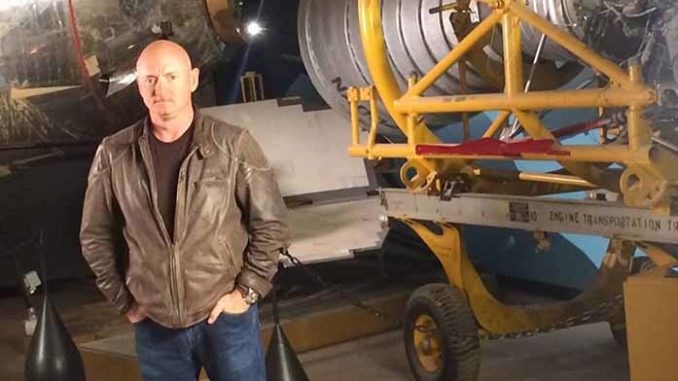 TUCSON – Democratic U.S. Senatorial Candidate Mark Kelly has recently come under attack because of Chinese investment in World View Enterprises, the Tucson-based aerospace company where he was formerly employed. News of investments by Tencent, a wealthy Internet conglomerate closely associated with the Communist Chinese government, was revealed in May by RealClearPolitics, a conservative new site. The amount of funding by Tencent Holding Limited, whose CEO is the richest man in China, has not been released to the public. Arizona Daily Independent has learned that Kelly, a former NASA astronaut, was working for World View at the time that the company’s CEO went to Beijing to obtain funding for the company. Kelly was named “director of flight crew operations” in December 2013, according to a July 2014 Wired magazine article. That article said that the company planned to “bring tourists on a balloon ride to the middle of the stratosphere by 2016.” World View’s founding CEO, Jane Poynter, was a “personal friend” of Kelly’s at the time of his hiring, the Wired story said. The Xinhua News Agency, the news service of the People’s Republic of China, published a story in November 2014, in which it was revealed that Tencent was funding World View. “Jane Poynter, co-founder and chief executive officer of Tucson, Arizona-based World View Enterprises Inc., said in Beijing on Nov. 7 that her company has received another round of investment, including from Chinese Internet giant Tencent Holdings Ltd.,” the XNA story said. It was later revealed that this round of investment was for $7.1 million. In the Chinese news agency’s story, Poynter is quoted as […]

The Democrats are godless and corrupt. They hate Jesus Christ and love abortion. So it’s not surprising to hear that Arizona’s Mark Kelly is all in with CCP.

‘But he that sinneth against Me wrongeth his own soul: all they that hate Me love death.’