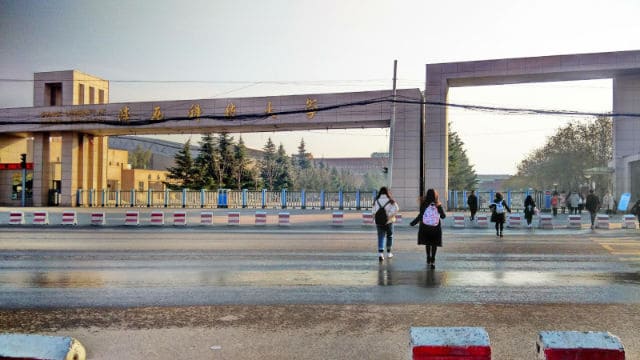 In China, universities are regarded as a bastion for promoting socialism through education. As a result, the suppression of religious students is never-ending.

In fact, it’s become a national policy to persecute university teachers and students who believe in God. So, when two students at a university in eastern Shandong Province’s Binzhou city were selected as provincial-level outstanding graduates, but then outed as Catholics, their honorary titles were revoked.

“The university is waging a massive campaign to combat religious belief. This is following the policy from the central government. No one can do anything about it,” a teacher at the university said. “Even though the Constitution stipulates that religious believers and non-religious people enjoy equal treatment, the law is just a worthless piece of paper. The Chinese Communist Party holds all the power and has the final say.”

And the tense atmosphere of religious suppression in universities causes young Christians to keep silent.

A student at the same Binzhou university submitted an application for a project, which he named “Canaan Studio,” was summoned for questioning by the university administration and had his project nearly canceled, merely for having a name, officials thought was affiliated with religion.

“The university thought that [he took the name] ‘Canaan’ from the Bible and that its use was related to religious belief,” a source said. “But this student isn’t a Christian; he only chose [the name] because it sounded good to him.”

It’s instances like these that instill fear in people, who are increasingly apprehensive about speaking about faith on campus. The ultimate fear it’ll turn into another literary inquisition, which has historically seen people imprisoned for writings and speech in China.

And police are using varying methods to root out the information, managing to infiltrate messaging apps and find out who the believers are. That’s how a first-year student at the Binzhou university described her friend’s experience at a university in another province:

“The police used some unknown means to enter a [religious] student fellowship group on QQ [a social-messaging app], obtained the contact information of some of the students and notified the university. Several university leaders talked to the students, and questioned them about their faith as if they were interrogating prisoners.”

Yang Xue is a Catholic who has had many visits from leaders of the Binzhou university, who have, in order to keep better tabs on her, added her QQ account to their contact lists.

“In the past, I would use QQ to contact my fellow believers from the church. Now, I don’t dare to send anything on QQ. I don’t even send anything about my life, because I’m afraid that the university’s leaders will discover it and come to speak to me again,” Yang Xue said.

Incidents of being investigated and threatened due to one’s faith have also occurred frequently at universities throughout Yantai city in Shandong, and school officials have coerced some students into renouncing their faith – out of fear for their futures.

Zhu Yang is a fourth-year student at a university in Yantai.

Recently, his teacher warned him that it’s a university policy that people are not allowed to have religious beliefs.

“If you withdraw from the Communist Youth League and maintain your faith, the university will put your situation in your file for your whole life,” the teacher said. “When you apply for the postgraduate entrance exam, and your political record is examined, you absolutely won’t pass. You will be unable to get into work units like state-owned enterprises.”

Zhu Yang was given one day to decide between future prospects and giving up his faith.

“That day, I was really struggling. I cried for the entire morning. I kept praying to the Lord. The Holy Spirit touched me, and I thought of the song Follow Jesus All My Life. I was extremely touched. I firmly believe that believing in God is the lifelong goal that I will pursue,” said Zhu Yang. “In the end, I made a decision: I will persevere with my faith!”

Feng Li, a student at a school that trains teachers in Yantai, has been repeatedly summoned by one of her teachers and questioned about her belief in God and her family. The teacher warned her that investigating and restricting university students’ religious beliefs is an order issued by the central government. The teacher also tried to coerce her into renouncing her faith by threatening that the issue of her faith would impact her prospects in multiple areas.

But Feng Li did not compromise.

“The issue of my faith will be recorded in my file. This will affect my future employment prospects. I will lose more and better job opportunities. But I won’t give up my faith, because I have believed in God since my childhood. I will continue to hold on to my faith,” Feng Li said.

Universities in other areas of China have similarly intervened in and attacked students’ religious beliefs.

To help with the religious persecution of students and report all on-campus activities related to religious beliefs, the Shaanxi University of Science and Technology employs the university-based “National Flag Guard” – a paramilitary student group established in 2013, similar to that of the Cultural Revolution’s Red Guards, mobilized by Mao Zedong in 1966 and 1967. The guards are mandated to supervise the daily national flag raising ceremony on the campus and implement security maintenance during university-organized events. According to the university’s website, the National Flag Guard is intended to be “the pacemaker of advocating patriotism and promoting national defense education.”

The university’s National Flag Guard currently has nearly 200 members, all of whom are students. The group, and what they really represent is bad news for the future and freedom on college campuses.

(All names used in the article are pseudonyms.)

The government is harassing patients, confiscating Bibles, and threatening to …