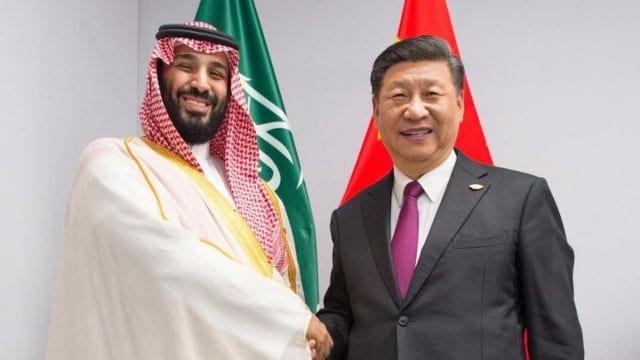 A troika led by Riyadh is to give the final judgment on Beijing’s human rights record as a new billion US dollars cooperation agreement ties the two countries. 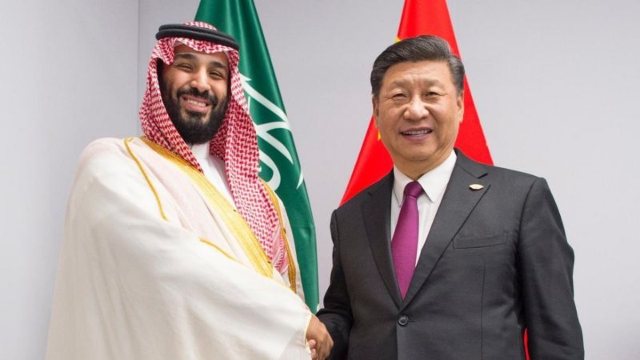 On November 6, 2018, China underwent its third Universal Periodic Review (UPR) at the United Nations in Geneva. The final act is expected within days when the troika, composed of Hungary, Kenya and Saudi Arabia, will write the concluding report. Hungary is already an important part of the “Belt and Road Initiative” in Europe, a continent where only a few countries have subscribed to it. Kenya depends economically on China, in a geopolitical African context where Beijing is very active, to say the least. But it’s Saudi Arabia that can make a real difference. First, because it’s the leading member within the troika; secondly because of the u-turn that the Crown Prince Mohammed bin Salman bin Abdulaziz Al Saud, has recently taken regarding Beijing.

What is at stake

To the benefit of readers who may have forgotten what it’s at stake here, let’s recall that every five years the United Nations Human Rights Council holds a UPR of each member state’s human rights record.

The situation of religious freedom and human rights in China has been terrible since the Chinese Communist Party (CCP) took power in 1949, but, after the ideological follies implemented by Chairman Mao, the post-Maoist approach has never been so bad as since the beginning of “New Era” of Xi Jinping. Xi has been chosen as the Secretary General of the CCP on November 15, 2012, and became (also) the President of the People’s Republic of China on March 14, 2013. It was the same year, in October, that China underwent its second UPR. Since then, the political mark of Xi Jinping has been only worsening the situation by way of one crack-down after another, curtailing NGO’s role in supporting civil societies in China, introducing new “national defense” measures that aim only at repressing individual and civil freedoms, a cyber-security obsession to control everyone in the country, a “social credit” system to register and control citizens – in a word, unfreedom for all. “Human Rights in China,” a Chinese NGO founded in March 1989 by overseas Chinese students and scientists, has kept track of this deterioration as a reminder to the countries called to examine China in late 2018.

On November 6, 2018, China was put on the hot seat when several countries, including the United States, denounced its poor record on human rights. After the discussion, the U.N. High Commissioner of Human Rights, Ms. Michelle Bachelet, in her authoritative summary of the NGOs contributions for the UPR of China, denounced dramatic violations of all main human rights, including religious liberty. The summary noticed, inter alia, that the horror of transformation through education camps for Uyghurs continues, that “[…] Chinese law denied freedom of religion and belief, as it stipulated in Article 300 of the Chinese Criminal Code that being active in groups listed as a ‘xie jiao’ was a crime punished by imprisonment from three to seven years or more,” and that “[…] the Chinese Communist Party’s monitoring, arrest, and persecution had caused at least 500,000 Church of Almighty God (CAG) Christians to flee their home, and several hundred thousand families had been torn apart.” Whatever the report of the troika, this document will remain recorded in history. Nonetheless, the troika, led by the powerful Saudis, has now the chance to minimize its impact and, as time goes by, make most of the world forget it.

This is no reckless or malicious prejudice. It’s just what Saudi Prince bin Salman has anticipated, saying that Saudi Arabia actually supports keeping Uyghur Muslims in the concentration camps because this is needed for… deradicalization.

No Islamic solidarity here, no sympathy for detained and abused coreligionists. Muslim Riyadh is simply turning its back to Muslim Xinjiang. This may be certainly seen as a blow directed at Turkey, which recently has been quite vocal in denouncing China in favor of the Uyghurs, a Turkic people, in retaliation of the evident warfare that Ankara is fighting against Riyadh for the hegemony in the Sunni world. Nonetheless, it’s quite strange. The whole matter is somewhat taking Saudi Arabia on China’s geopolitical side, which is often Russia’s side, and, consequently, the side of the Shiite segment of the Muslim world. Riyadh is thus objectively making steps away from the United States, which, under President Donald J. Trump, sided with the Sunni segment of the Muslim world hegemonized by Riyadh in opposition to Russia and its Shiite allies (and China). On the other end, the Saudis’ silence on Uyghurs and Turkey’s defense of them is moving the latter slowly away, at least, from Russia’s friends, among which China looms large. Rather odd, since, in recent years, Turkey had sided many times with Russia (after nearly going to war against it) and thus, in spite of being a Sunni country, with the “Shiite block” (while anyway keeping on competing with the Saudis for Sunni hegemony).

The rivalry with Turkey is too week an argument, though, to explain the Saudis’ approval of a massive crime like the unlawful imprisonment of one million Uyghurs. Prince bin Salman may be ready to lose his face to the Muslim world accepting the fake news on terrorism in Xinjiang spread by the CCP’s regime and Beijing’s gratuitous criminalization of an entire Muslim people, but the benefit should be more substantial.

And this is where the “Belt and Road Initiative” enters the stage once more. Under fire after the cruel death of liberal Saudi journalist Jamal Ahmad Khashoggi (1958-2018) in the Saudi Consulate General in Istanbul, Turkey, Prince bin Salman emerged from a period of low profile on the international stage through recent travels in Asia, promoted with rutilant tones. The concluding stop of the trip was Beijing where, on February 22, the Prince met Xi Jinping. As U.S. News & World Report put it, “Saudi Arabia signed 35 economic cooperation agreements with China worth a total of $28 billion at a joint investment forum during the visit, Saudi state news agency SPA said”.

A spectacular change and a worrisome future

The aforementioned “Khashoggi case” is relevant here because it’s a classical tip of the iceberg of the human rights questions in Saudi Arabia.

Prince bin Salman has been playing the card of renewal and modernization since June 21, 2017, when he was nominated the heir to the throne by King Salman bin Abdulaziz Al Saud, his father. With the intention of foreshadowing his future reign, the crown prince has ordered some timid, often marginal, reform, trying to shape a new public image for his country. But criticism of Riyadh’s human rights record has never ceased. And lately, his efforts have been completely wiped out by the death of Mr. Khashoggi and the unclear role that the prince and/or his entourage may have had in it.

Annoyed by human rights criticism and anti-corruption investigations in the West, the prince sees then the shield granted to him by Trump (also in the “Khashoggi case”) as no longer sufficient. This testifies for the spectacular turning of Saudi Arabia to China. Will this lead to an even more spectacular change, should Beijing try and succeed to open a dialogue between Riyadh and its arch-enemy Bashar Hafez al-Assad of Syria (a country where China is already present, but above all, Russia as well), is something that only the crystal-ball of the “Belt and Road Initiative” can tell.

For the time being, it is sufficient what The New York Times has noted online on February 20, and two days later in the international paper edition, front page. First, “China has remained quiet about the killing of Mr. Khashoggi, while Saudi Arabia has not criticized China’s mass internment of members of its Muslim minority.” Second, “Chinese-Saudi cooperation has already moved into new fields. The two countries agreed in 2017 to open a factory in Saudi Arabia to build Chinese drones. And last year, China launched two observation satellites for Saudi Arabia.”

Since the priority is all on economics, and Riyadh and Beijing ignore each other’s human right practices, what will the result of the Riyadh-led Universal Periodical Review on Beijing be?


China and Venezuela: Business Partners Against Human Rights
In the name of national socialism, the despot Maduro has impoverished an entire …