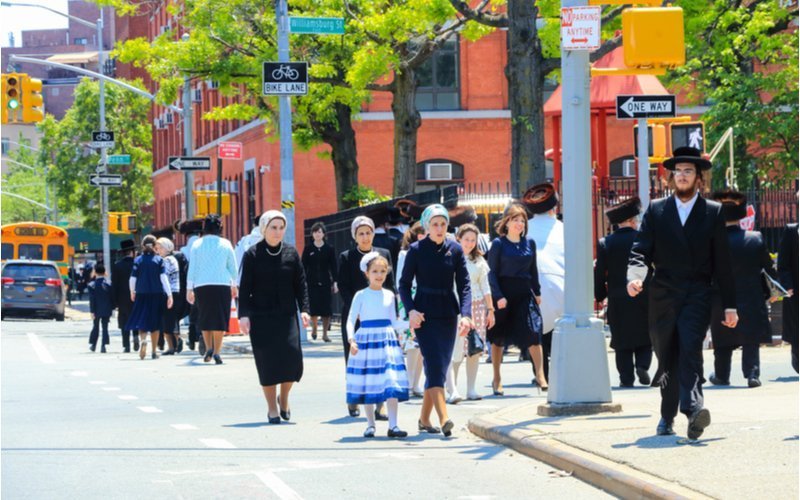 Multiple sources are reporting that the FBI has issued a warning that individuals belonging to an extremist group intend to target Jews & police with COVID-19; Members of this group are blaming the Jews for the spread of the virus.

The FBI has reportedly issued a report regarding threats from an extremist hate group to target Jews and police with COVID-19 if possible. This group is comprised of neo-Nazis and other white supremacists. The report, which was released last week, stated, “members of extremist groups are encouraging one another to spread the virus, if contracted, through bodily fluids and personal interactions.”

Getting into more detail, the report warned that members of this group might seek to use items such as spray bottles as well as bodily fluids in their attempts. Targeting Jews and police officials, they intend to seek out “any place they may be congregated, to include markets, political offices, businesses and places of worship.”

Sources claim that internet research will show that groups like this make a habit of blaming Jews for the spread of the virus among other things. Michael Masters, the head of Secure Communities Network, a group that provides for security for Jewish organizations and synagogues throughout America, stated, “From pushing the idea that Jews created the coronavirus virus to sell vaccines to encouraging infected followers to try to spread the illness to the Jewish community and law enforcement, as the coronavirus has spread, we have observed how white-supremacists, neo-Nazis and others have used this to drive their own conspiracy theories, spread disinformation and incite violence on their online platforms.”

He would further add that “While the world faces a deadly pandemic, it’s a stark reminder that certain groups – notably the Jewish community and law enforcement – must also continue the battle against those who wish to hurt or kill them. As the economic situation remains fragile and civil society disrupted, the potential for the followers of hate to act becomes more likely … and more deadly.”[…]

Click here to view the original web page at beholdisrael.org

← Prev: Doctor Sentenced to 14 Months in Prison for Refusing to Kill Baby in an Abortion Next: Maryland Orders Abortion Clinics to Close During Coronavirus Crisis, Abortions are Not Essential →