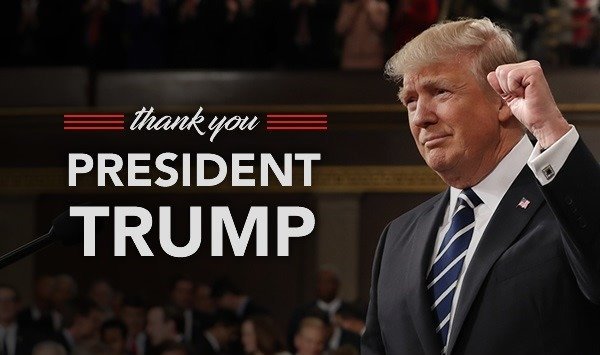 Newsweek, no fan of the President, began its account

President Donald Trump’s impact on the U.S. court system was cemented on Wednesday after his 200th judicial appointment was confirmed by the Senate.

The Senate confirmed Cory Wilson, a state court judge in Mississippi, to serve on the Fifth Circuit Court of Appeals in a 52-48 vote.

“No modern president has had this level of impact on the composition of the federal courts,” said Jonathan Turley, a constitutional law professor at George Washington University. “This is a master footprint for any president on the judiciary.”

When Mr. Trump was running for the presidency, he made a number of commitments to the Pro-Life Movement. Retain the life-saving Hyde Amendment and defund Planned Parenthood as long as they continue to perform abortions, and reallocate their funding to community health centers that provide comprehensive health care for women, to name just two.

But at the top of the list for pro-lifers was his promise to nominate men and women to the federal courts who understand and abide by the principle of judicial restraint and nominate only pro-life candidates to the Supreme Court.

Referring to circuit court vacancies, Pro-Life Senator Majority Leader Mitch McConnell (R-Ky.) said, “There will not be a single court vacancy anywhere in the nation for the first time in at least 40 years.” Sen. McConnell added, “Our work with the administration to renew our federal courts is not a partisan or political victory. It’s a victory for the rule of law and for the Constitution itself.”