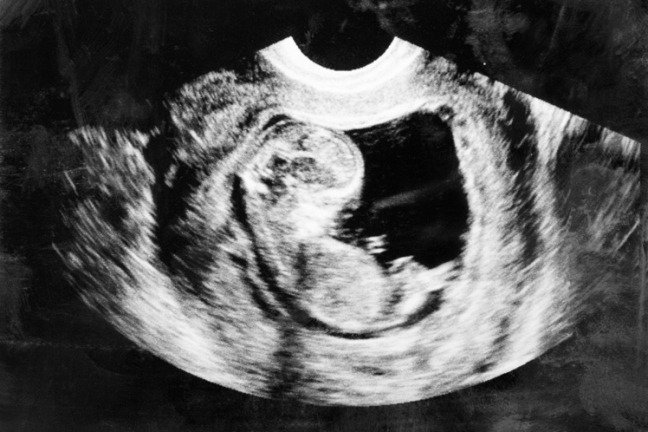 When the Center for Medical Progress released its shocking series of videos in the summer of 2015, showing undercover footage of Planned Parenthood abortionists and executives discussing their lucrative trade in body parts harvested from aborted babies, it caused a tsunami of bad publicity for the nation’s largest supplier of abortions.

The sale of tissues and organs of aborted babies for profit is illegal under 42 U.S. Codes 274e and 289g-2.

It was not long before a San Francisco, California, Federal Court Judge placed a gag order sealed up much of the evidence gathered during the CMP’s bold three-year undercover journalism investigation into the shadowy world of aborted-baby-organ trafficking.

Even investigations conducted by the House Select Investigative Panel on Infant Lives and the Senate Judiciary Committee only released heavily redacted documents that concealed the truth that Planned Parenthood so desperately wanted to hide: Planned Parenthood was selling tissues and organs cut from the bodies of aborted baby boys and girls – some of which had still-beating hearts – in order to increase profits.

Planned Parenthood had claimed that it had only been reimbursed hard costs for the tissue and organs – something the invoices prove was false.

Troy Newman, President of Operation Rescue, served as a member of the Center for Medical Progress’ board during the investigation and while the video series was being released. He, along with others associated with the CMP, including project lead David Daleiden, board member Albin Rhomberg, undercover investigator Sandra Merritt, and others, were sued by Planned Parenthood and the National Abortion Federation.

Keep up with the latest pro-life news and information on Twitter. Follow @LifeNewsHQ Last November, after a three-month trial in the Planned Parenthood case, a Federal Court jury found Newman and the other pro-life defendants civilly liable for conspiracy, fraud, and violations of the Racketeer Influenced Corrupt Organizations Act (RICO) and brought a judgement of over $2 million against them. However, the invoices have now publicly vindicated their claims that Planned Parenthood violated the law when they sold aborted baby remains for profit. Now, Newman wants legal vindication as well. “I want a new trial with a new judge.  I want my name cleared,” said Newman. “Much of the evidence that would have exonerated us was not allowed to be presented to the jury during the Planned Parenthood trial.  If the evidence, such as the Planned Parenthood invoices and other documents and videos, could be shown to an impartial jury in an impartial court, we would win without a doubt.” Newman’s legal team at the American Center for Law and Justice (ACLJ) plans to appeal Newman’s civil judgment. Invoices detail profits by clinics The invoices show detailed billing for nine abortion facilities operated by Planned Parenthood Mar Monte, a California affiliate.  Of the nine facilities, the San Jose Planned Parenthood clinic was by far the most profitable, raking in $8,205 for a total of 157 specimen labeled “POC” or “products of conception.” PPFA Dkt PPMMStemEx Unseale… by Cheryl Sullenger on Scribd A contract between Planned Parenthood Mar Monte and StemExpress stated that “products of conception” referred to “any fetal organ or other fetal or placental material taken from the human uterus during an abortion.” Defamation case The invoices were made public after David Daleiden included them in a defamation law suit he brought against former Planned Parenthood abortionist Savita Ginde.  Ginde has repeatedly claimed that the undercover audio portion of video footage was altered to make it sound like she said things he did not say. However, an independent forensic analysis conducted by Coalfire Systems, Inc. and court testimony confirmed that no audio manipulation was present in the CMP videos. Political corruption and cover-up While in the throes of a public relations disaster during the 2015 video series release, Planned Parenthood hired a public relations firm FusionGPS and SKDKickerbocker to run damage control. Fusion GPS provided a fake video analysis that wrongly claimed the CMP videos were faked.  This is the same Fusion GPS that was later hired by the Hillary Clinton Presidential Campaign and the Democratic National Committee to produce the fake Russian Dossier that corrupt elements in the FBI misused to gain FISA warrants to spy of President Donald J. Trump. SKDKnickerbocker, a powerful political consulting group, took control of Planned Parenthood’s media narrative, using the fake Fusion GPS report to attack and discredit the CMP investigation and videos.  This company currently represents the Presidential Campaign of Joe Biden, and is spinning damage control over sexual assault allegations made by Tara Reade, a former Biden staffer. SKDK also has ties to the Rockefeller Foundation, Barack Obama, Andrew Cuomo, Michael Bloomberg, and the pro-abortion legal group Center for Reproductive Rights, which has frequently represented Planned Parenthood.  [Read more about this.] “Political corruption at the highest levels has protected Planned Parenthood from accountability under the law while persecuting those of us who attempted to expose their illegal conduct,” said Newman. Need for justice In 2015 and 2016, the House Select Panel on Infant Lives and the Senate Judiciary Committee issued criminal referrals against Planned Parenthood Federation of America and five of its affiliates for illegally trafficking in aborted baby remains for profit and other alleged crimes. On November 15, 2017, Attorney General Jeff Sessions testified before House Judiciary Committee that that Planned Parenthood and others who may have participated in the illegal sale of aborted baby organs and tissue could be criminally charged once the FBI completes its investigation. Sen. Lindsey Graham and Sen. Chuck Grassley sent a letter to Attorney General William Barr on June 18, 2019, seeking an update on the progress of the investigation, but there was never any public response. “Now that the mask has been torn off Planned Parenthood’s charade of innocence and indisputable evidence is now public, it is time for accountability and justice,” said Newman. “We call on the Department of Justice to charge Planned Parenthood and their co-conspirators for crimes they committed while profiting from the sale of tissue and organs harvested from innocent aborted babies.” LifeNews.com Note: Cheryl Sullenger is a leader of Operation Rescue.

← Prev: Abortionist Drowned a 34-Week-Old Baby Who Survived Abortion in a Bucket of Water Next: Diane Feinstein: Not Hypocritical to Save People From Coronavirus and Kill Babies in Abortions →