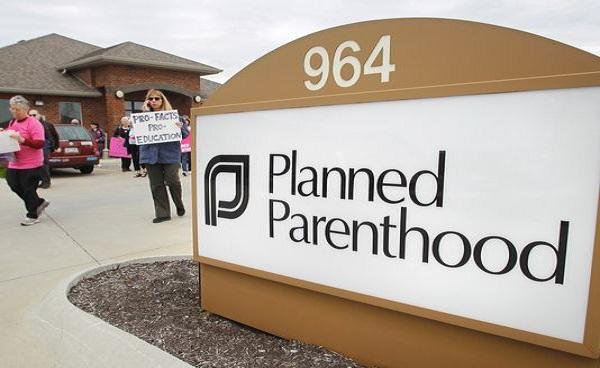 Abortion activists are pushing their irresponsible sex agenda on younger and younger children.

This week, Planned Parenthood and several partner groups launched a new YouTube channel with sex education videos designed for children as young as 4.

“Amaze jr.” advertises itself as a tool to help parents of young children “have healthy conversations” about their bodies, sex and gender.

“Amaze jr. is comprised of a series of videos and guides to help parents talk to their children about sex and sexuality, and a set of adorable age-appropriate videos for parents to watch with their children ages 4-9 to get the conversations started on sometimes tricky topics like Where Do Babies Come From, Our Bodies Are Private, and Learning About Gender,” developer Debbie Roffman said.

One of the videos that LifeNews watched, “Help kids learn where babies come from,” seems innocent enough. It even is life-affirming, telling young children that a pregnancy means a woman is carrying a baby in her womb.

But the “Amaze” video series for children ages 10 and up clearly are agenda-driven, not factual. For example, the “So, You Think You’re Pregnant” video misinforms students about pro-life pregnancy centers. It urges them to avoid the non-profits and go to Planned Parenthood instead if they think they might be pregnant. It also portrays teen parenting in a negative light. While teen parenting certainly is difficult, the video fails to mention any negative consequences of abortion.

In the video “Where Do Babies Come From?” it tells students that a pregnancy does not begin until the “fertilized egg” implants in the uterus. This also is misleading because, biologically, human life begins at fertilization, not implantation.

The agenda becomes even more clear when you see the partners list. Among them are two of the largest abortion providers in the world, the International Planned Parenthood Federation (IPPF) and Marie Stopes International. The United Nations agency UNFPA, which has been accused of supporting coerced abortions and sterilizations in China, also is a partner.

The videos, available to any child with an internet connection, are not just for an American audience either. Advocates for Youth, the main group behind the project, wants to reach impressionable young students world-wide.

“AMAZE is in the process of going international with partners that include Marie Stopes, IPPF/WHR, and DKT,” it says. “Our website and ten core videos are currently being translated into ten of the world’s most spoken languages.”

Many of the videos already are available in both Spanish and English.

“They are delivering a service straight to their target market, hoping to make lifelong customers that will eventually spend a not insignificant amount of money with Planned Parenthood for everything from pregnancy and STD tests to abortions, sometimes multiple ones,” Cline said.

The “Amaze” videos appear to do the same but with even younger children.

Among its worst teaching points, Planned Parenthood tells children that promiscuity is not unhealthy. “There’s nothing bad or unhealthy about having a big number of sexual partners,” it tells students on its Tumbler page. Planned Parenthood’s booklet for HIV-positive youth, “Healthy, Happy and Hot,” also tells young people that it is their “human right” to not tell their partner that they have HIV.

Concerned parents in Pennsylvania, Michigan, California, Washington state, New York, North Carolina and other parts of the country also have protested Planned Parenthood’s involvement in their students’ education in the past year.

Perhaps, that’s why the abortion chain is turning to the internet instead to push its pro-abortion, pro-irresponsible sex agenda.