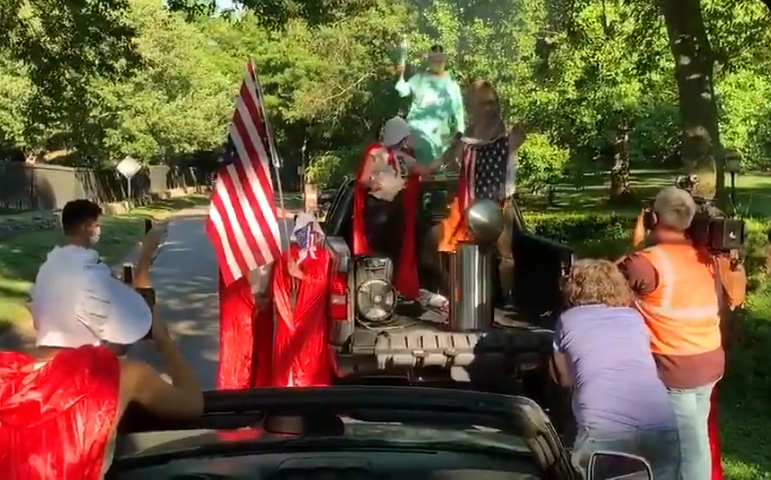 Everything about the Democrat leftist is vile. Everything!

Tennessee abortion activists with Planned Parenthood burned an American flag Thursday to protest a new pro-life bill to protect unborn babies and mothers from abortions. The Free Beacon reports Tennessee Advocates for Planned Parenthood, the abortion chain’s advocacy and political arm, bragged about the flag burning and posted a video of it on social media . “Gov. Bill Lee has disrespected our constitution and practically lit the flag on fire by banning abortion,” the Planned Parenthood group wrote on Twitter. “But we won’t stop until we live in a new America that respects the rights of pregnant people. Full stop.” Planned Parenthood organized the protest outside the pro-life Republican governor’s mansion after state lawmakers passed a pro-life bill to protect unborn babies from abortion once their heartbeats are detectable. During the protest, the abortion activists burned the flag and performed a skit mocking Lee. Right after the flag burning, a woman dressed as Lady Liberty declared to the protesters: “Do not despair. From destruction comes creation. Let us invoke a new world from these ashes.” In the background, another woman could be heard yelling: “That’s not right! That’s not right! That’s our flag!” The skit mocked Lee for allegedly violating the Constitution by protecting unborn babies’ right to life. An abortion activist playing Lee said: “This is our constitution. I think it is garbage. This is nothing more than a just piece of paper to me, which is why I introduced the unconstitutional abortion ban in the first place.” Lee made the pro-life legislation a priority this year and promised to sign it when it reaches his desk. It passed the state legislature last week. As lawmakers were debating the bill June 18, two Planned Parenthood staffers were arrested for alleged criminal trespass and violations of state coronavirus restrictions, […]