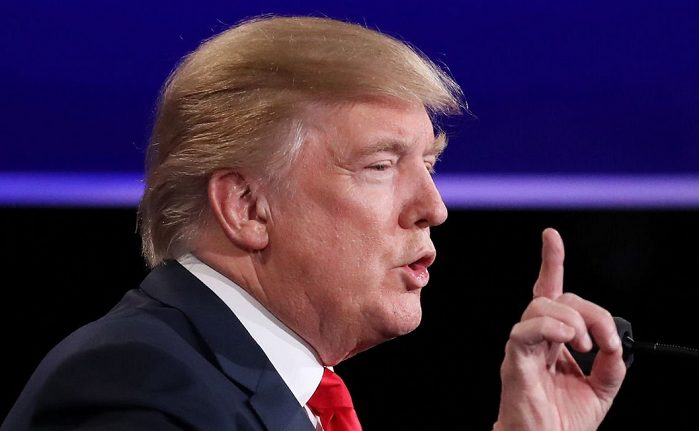 The Planned Parenthood abortion business just filed a lawsuit against President Trump after he issued a new rule defunding it up as much as $60 million of taxpayer funds.

The new rule merely requires that Planned Parenthood separate out its abortion business from its family planning operations so Americans don’t have to fund the abortion industry. The abortion giant refuses to do that and the new lawsuit proves that it is more interested in abortion then it is women’s healthcare.

“Planned Parenthood will never force our doctors and nurses to withhold medical information from our patients, and we will fight the Trump administration in the courts to protect everyone’s fundamental right to healthcare,” she continued.

The lawsuit was filed Tuesday in the U.S. District Court in Eugene, Oregon — located there because the abortion company uses judge-shopping methods to find liberal judges who will contort the law to side with Planned Parenthood. The abortion company is headquartered in New York. The Oregon Medical Association and the American Medical Association both joined Planned Parenthood in suing.

But the rule doesn’t require doctors or nurses to withhold any information. It merely prevents Planned Parenthood from promoting abortion using taxpayer funds.

The first lawsuit, filed by California Attorney General Xavier Becerra, asks the U.S. District Court in San Francisco to block the new Title X rule before it goes into effect, the Washington Post reports. A second lawsuit, representing 21 states including Oregon, is expected Tuesday, according to The Hill.

“For years abortion businesses like Planned Parenthood, which ends the lives of more than 332,000 unborn children a year, have treated the Title X program like their own multimillion-dollar slush fund,” said SBA List President Marjorie Dannenfelser. “Now, Planned Parenthood’s allies are running to court to ensure taxpayers are forced to continue filling the coffers of the abortion industry. Contrary to pro-abortion misinformation, the Protect Life Rule does not cut Title X funding by a single dime – it simply enforces the existing statute that draws a bright line of separation between abortion and family planning. President Trump and Secretary Azar acted on the will of the American people by disentangling taxpayers from the big abortion industry. Similar regulations have already been upheld by the Supreme Court and we are confident the Trump administration will prevail.”

Last week, the Trump administration finalized a new Title X rule that requires health care entities to completely separate abortion from their taxpayer-funded services. Planned Parenthood, which receives about $60 million annually through the program, already has said it will not comply. Entities have 120 days to financially separate their family planning and abortion operations and one year to physically separate their family planning and abortion operations.

The abortion chain sees about 1.5 million a year through Title X, and its services through the program, including cancer screenings, birth control, etc., have been dropping steadily for years, according to its own annual reports. Meanwhile, its abortion numbers have been growing – a clear indication of its true focus.

It is Planned Parenthood that is choosing not to comply with the rule by making abortion its “core mission,” rather than real health care. The abortion chain could continue to receive Title X funds if it stops aborting unborn babies or if it completely separates its abortion business from the real health care services it provides. But Planned Parenthood made it clear that it will not.

Meanwhile, community health centers vastly outnumber Planned Parenthoods and provide far more comprehensive medical services to low-income and minority women across the country. They still have access to those funds, assuring that low-income individuals still will have a options for their medical needs.

What success the lawsuits will have remains uncertain. In 1991, the U.S. Supreme Court upheld a similar rule from President Ronald Reagan’s administration in Rust v. Sullivan. However, because of the lengthy legal challenge, the rule never went into effect; pro-abortion President Bill Clinton eliminated the rule when he took office soon after the Supreme Court decision.

← Prev: Record Number of People Killed in Assisted Suicide in Oregon, And the Number Could be Higher Next: Captain Marvel: The New Politically Correct Superhero Fighting for “Intersectional Feminism” →