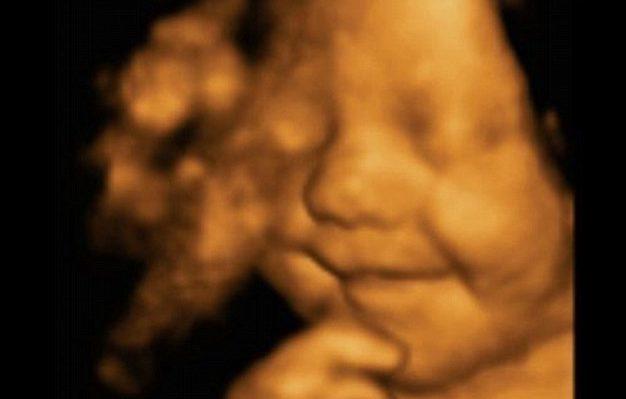 An Oklahoma state senator is blocking a bill that would protect unborn babies by criminalizing abortion.

NewsOK reports state Sen. Jason Smalley, a pro-life Republican, said he believes unborn babies’ lives should be protected, but state Senate Bill 13 is not the way to do it. As chair of the state Senate Health Committee, he said he will not bring up the bill for a vote.

The controversial bill would prohibit the killing of unborn babies without exception and amend the definition of homicide in the state criminal code to include all abortions. It appears that both abortionists and mothers could face criminal charges for aborting an unborn baby under the legislation.

“We have other bills,” Smalley told KFOR TV. “There’s a personhood bill. We could look at the heartbeat bill. I mean, there’s other pro-life movement bills that we could tank up and discuss and continue that movement towards I think what we all want, but this is not the method nor the bill to do that.”

Oklahoma Senate President Pro Tempore Greg Treat said he wants to protect unborn babies, but he also has concerns about the bill.

“I share the goal of ending abortion; however, I am concerned about flaws in their strategy,” he said in a statement. “Missteps not only jeopardize existing hard-fought protections in law, but potentially lead to an increased loss of innocent life through abortions.”

Silk responded by urging Oklahoma residents to contact Smalley and urge him to allow the committee to vote on the bill.

“The senators who oppose SB 13 have zero knowledge of the Constitution and how our republic is supposed to work,” he told The Resurgent. “They believe that the courts are all powerful and can decide whatever they like, whether it is constitutional or not. They also have no intention of doing what they campaigned on and actually protect innocent life.”

Last week, hundreds of Oklahoma residents rallied in support of the bill in the state Capitol. Pastor Dan Fisher, a former state representative, spoke at the rally with Silk and other lawmakers.

However, Fisher admitted he is not optimistic about the U.S. Supreme Court overturning Roe v. Wade after it blocked a Louisiana abortion regulation earlier this month. Many pro-lifers expressed deep disappointment at Chief Justice John Roberts, who sided with the liberal justices in the case.

It is not surprising that even some pro-life lawmakers have concerns about Silk’s bill. While pro-lifers long for the days when every human life is protected under the law, historically, the pro-life movement has opposed punishing mothers who have abortions.

Silk’s legislation almost certainly would face a legal challenge. When courts rule against such laws, state taxpayers often are forced to reimburse pro-abortion groups for their legal fees.

When considering a similar Missouri statute in 1989, former U.S. Supreme Court Chief Justice William Rehnquist ruled that the personhood statute was nothing more than a statement of position that had no bearing on banning abortions or even limiting them in any way.

Missouri had approved a statute saying, “the life of each human being begins at conception” and “unborn children have protectable interests in life, health, and well-being.” The statute required that all state laws be interpreted to provide unborn children with rights equal to those enjoyed by other persons.

The U.S. District Court for the Western District of Missouri struck down that provision and the abortion limits. The U.S. Court of Appeals for the Eighth Circuit affirmed the decision.

The U.S. Supreme Court then ruled that it did not need to consider the constitutionality of the law’s preamble, defining personhood at conception, as it could not be used to support any abortion laws that conflicted with Roe v. Wade. Rehnquist wrote the decision. Ultimately, the Supreme Court upheld the personhood language Missouri used decades ago but did not allow it to ban — or even limit — any abortions.