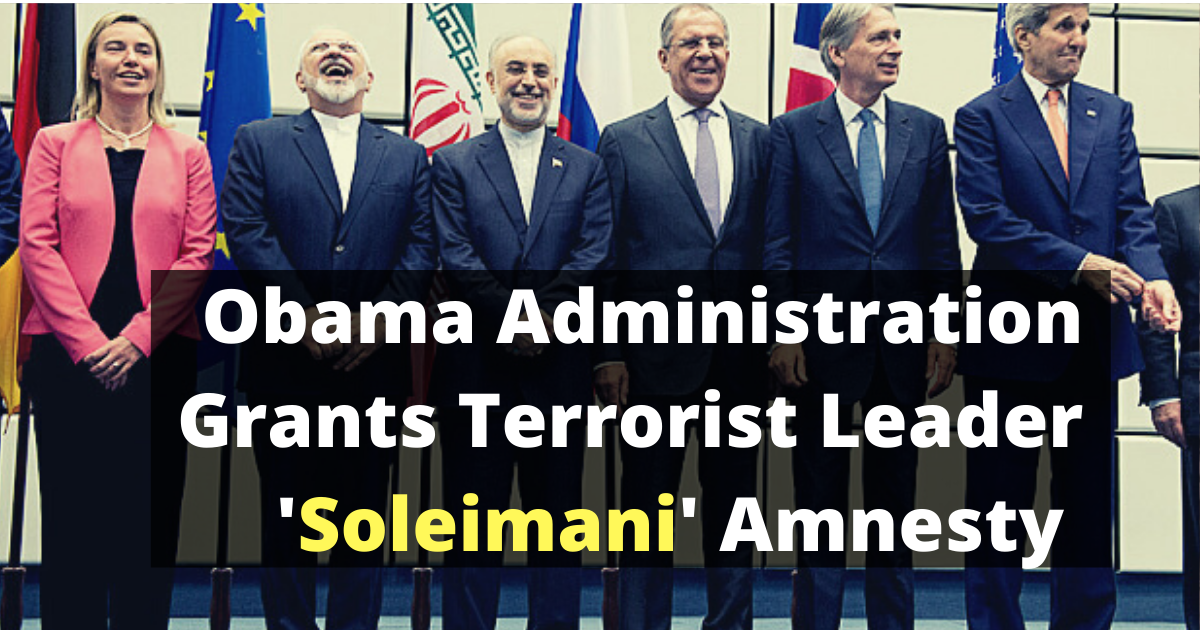 The Obama Administration was Deeply Wicked and Sinister

Qassem Suleimani, the head of the elite Quds Force in Iran’s Revolutionary Guards, fully deserves his reputation as one of the world’s leading terrorist masterminds.

For a decade a more he has been the driving force behind an array of Iranian-sponsored terrorist groups, from Hizbollah to Hamas, which have orchestrated a reign of terror throughout the Middle East.

From a purely British perspective, he was responsible for training and equipping the Shia militias in southern Iraq who killed scores of British troops during the dark days of Iraq’s sectarian conflict following the overthrow of Saddam Hussein, and was reported to have trained the Taliban in the art of making deadly roadside bombs that killed and mutilated our Service personnel serving in southern Afghanistan.

So you can imagine my amazement when, leafing through the more obscure annexes of President Barack Obama’s “historic” deal with Iran (page 86 of the annex, to be precise), I found that Mr Suliemani – as the White House no doubt now refers to him – has been granted an amnesty and taken off the list of proscribed Iranians – together with a number of senior members of the Revolutionary Guards. […]

Thanks to Mr Obama’s scandalous capitulation to Tehran, Mr Suleimani has overnight gone from being one of the world’s most wanted terrorists to the White House’s newest best friend.

This is just one of the many troubling indications contained in the detail of the accord struck in Vienna between the P5 +1 and Tehran – that’s the official line, of course. The reality is this shoddy deal was worked out between the ayatollahs and the White House, with countries like Britain – which used to take a robust view of Iran’s endless procrastinations on its nuclear activities – left impotent on the sidelines.

Only from now on the onus will be on the West to make the case that Iran is not playing by the rules by handing over its intelligence to prove so. For under the terms of the accord, we must “justify” the need for inspections, which in effect means handing over all the intelligence we have on Iran’s illicit activities. Of course, Iran has been desperate to find out how Western intelligence learned about the existence of nuclear enrichment sites like Natanz and Fordow and, if we comply with the requirements set out in the accord to the letter, this is what will happen, with all the implications that will have for all our sources who risk their lives to tell us the truth about what the regime is up to.

Click here to view the original web page at www.telegraph.co.uk