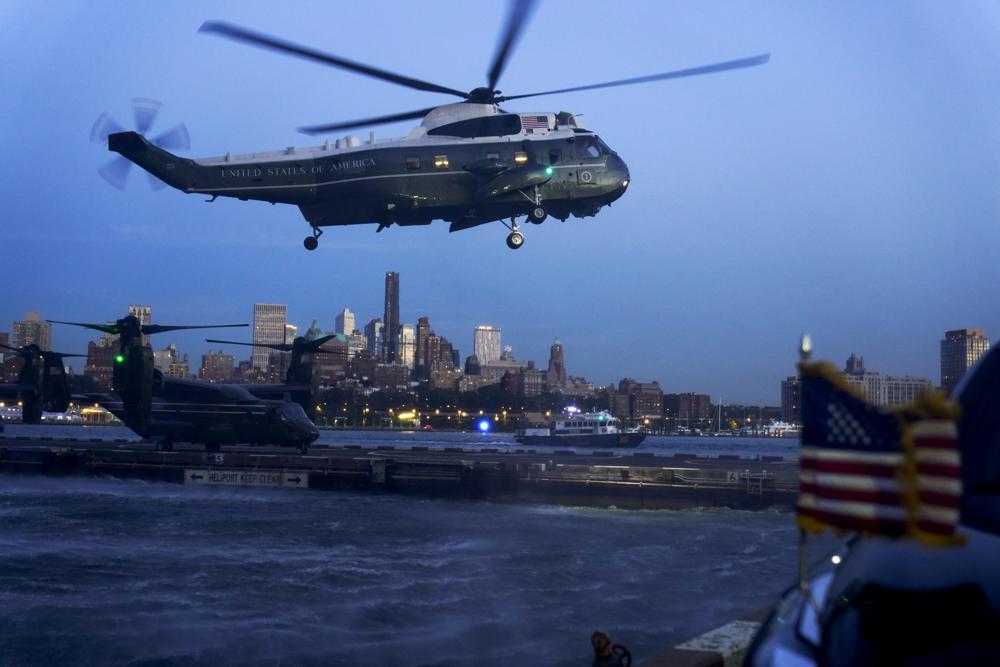 NEW YORK (AP) — President Joe Biden said Thursday that the risk of nuclear “Armageddon” is at the highest level since the 1962 Cuban Missile Crisis, as Russian officials speak of the possibility of using tactical nuclear weapons after suffering massive setbacks in the eight-month invasion of Ukraine. Speaking at a fundraiser for the Democratic Senatorial Campaign Committee, Biden said Russian President Vladimir Putin was “a guy I know fairly well” and the Russian leader was “not joking when he talks about the use of tactical nuclear weapons or biological or chemical weapons.” Biden added, “We have not faced the prospect of Armageddon since Kennedy and the Cuban Missile Crisis.” He suggested the threat from Putin is real “because his military is — you might say — significantly underperforming.” U.S. officials for months have warned of the prospect that Russia could use weapons of mass destruction in Ukraine as […]

‘When you hear of wars and disturbances [civil unrest, revolts, uprisings], do not panic; for these things must take place first, but the end will not come immediately.” ‘

← Prev: Hocus Pocus 2 Will Unleash Hell on Your Kids Next: Sharon Osbourne agrees with Kanye West over Black Lives Matter movement ‘scam’, wants refund of $900,000 she donated to cause →