Network Blackout of Investigation Finding Covington Kids Did Nothing Wrong 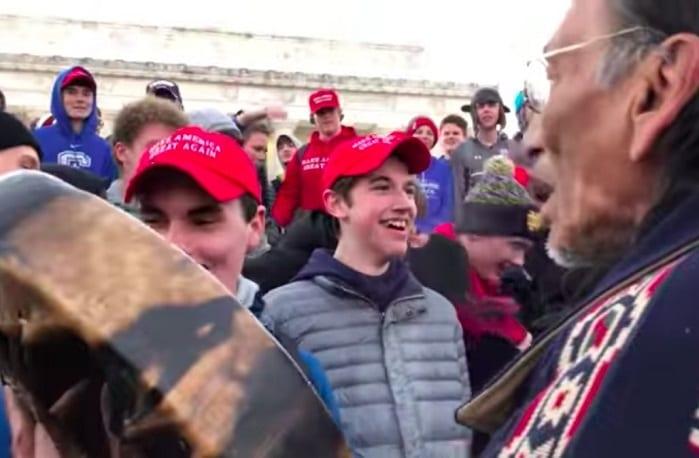 The liberal media took another massive blow on Wednesday after an independent investigation found that the high school students of Covington Catholic didn’t harass anyone last month at the Lincoln Memorial. Effectively proving that the liberal media reports about them were smears and lies, all three broadcast networks (ABC, CBS, and NBC) and principal Spanish-language networks (Telemundo and Univision) omitted the findings from their evening reports.

Just before the 3:00 p.m. hour of CNN Newsroom began, host Brooke Baldwin came back from a commercial break with the news that was “just in.” “The students involved in that high profile encounter while attending last month’s March for Life rally in Washington have been exonerated,” she declared as if they were accused and on trial for an actual crime.

She added: “The Diocese of Covington says an independent investigation found that the students at Covington Catholic High School in Kentucky did not instigate that incident.”

A poorly timed cough made it seem as though Baldwin could barely bring herself to speak the truth about the Covington Kids: “Investigators also concluded that the students did not chant ‘build the wall’ and never – [cough] excuse me – never responded to the Black Hebrew Israelites with racist or offensive statements.” Ironic.

As if to suggest it was a grain of salt against the investigation, Baldwin noted that “[i]nvestigators say they didn’t speak with the young man at the center of the whole thing,” as if Nick Sandmann was some kind of ringleader. But she did admit that investigators could not get a hold of serial liar Nathan Philips for questioning.

At about the same time the evening network programs were on the air, PBS NewsHour and anchor Judy Woodruff shared some of the investigation’s findings with viewers:

An investigation has found that no evidence that Catholic school students used racist or offensive language in an incident at the Lincoln Memorial. The encounter last month involved teenagers from a school in Covington, Kentucky, and Native American activists. Videos of it quickly went viral. The investigation was done for the Catholic Diocese of Covington.

Instead of reporting on the Covington Kids being vindicated, ABC’s World News Tonight gave more airtime to Empire star Jussie Smollett despite the continued absence of evidence he was assaulted. Unironically, NBC Nightly News anchor Lester Holt boasted about being in Washington, D.C. to promote fact-checking at Woodrow Wilson High School. NBC also touted the results of the Westminster Dog Show.