Missouri Advances Its Most Pro-Life Bill Ever, Would Ban Abortions When Baby’s Heartbeat Begins 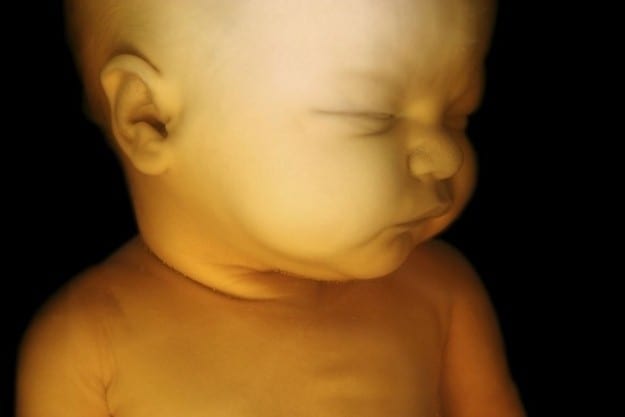 A Missouri State Senate committee has advanced a multi-faceted pro-life bill that includes a variety of provisions that would in one form or another place major restrictions on abortion on demand in Missouri.

The Senate Health and Pensions Committee has endorsed a measure approved by the Missouri House earlier this legislative session that originated as House Bill 126. Its sponsor is Representative Nick Schroer of St. Charles County.

In its initial form, HB 126 established a ban on abortions when “there is a detectable heartbeat or brain function of the unborn child.” Before an abortion could be performed or induced, a doctor would be required to test for the presence of a heartbeat.

Should a heartbeat be identified, the woman would not be able to proceed with an abortion. If no heartbeat was detected, the doctor could only perform the abortion within 96 hours of the test being performed.

Medical studies have determined that a preborn child’s heart starts beating by approximately 22 days after conception, and that the heartbeat can be detected by an early ultrasound exam from 6-8 weeks into a pregnancy.

The wide-ranging bill approved by the Senate committee also includes a number of other familiar abortion restriction proposals which were added to Representative Schroer’s legislation on the floor of the Missouri House.

One is known as the “Pain-Capable Unborn Child Protection Act.” That measure forbids elective abortions after 20 weeks of gestation. At that stage of development, it is increasingly accepted that a preborn child has well-developed pain receptors, and thus experiences excruciating pain during an abortion procedure.

Yet another proposal incorporated into the bill in the House is a sweeping pre-emptive measure that is often referred to in the pro-life community as a “trigger ban.” That section of the bill would ban all abortions at a future date except those necessary to save the life of the mother. That provision would be “triggered,” or enacted into law, when and if the U.S. Supreme Court overruled Roe v. Wade in whole or in part.

A determination that the Supreme Court has indeed overturned Roe v. Wade in some substantive fashion cold be made through an opinion by the Attorney General, a proclamation by the Governor, or by the adoption of a concurrent resolution by both houses of the Missouri Legislature.

The omnibus bill also includes an unusual section added in the House that contains a series of sequential abortion bans. That provision would ban abortions at 8 weeks of gestation. The language stipulates that if such a restriction were found to be unconstitutional by a federal court, then a 14 week ban would take effect. If a 14 week ban were struck down, then an 18 week ban would become the operating law.

As things currently stand in the precedents established by the U.S. Supreme Court and federal appellate courts , none of these competing and conflicting provisions of this pro-life bill would be upheld in federal court. The nation’s highest court has consistently declared that no restrictions can be placed on a woman’s ultimate decision to obtain an abortion prior to the point at which an unborn child reaches the stage of viability.

The bold legislative agenda being pushed by pro-life Missouri legislators this session is reflective of an aggressive approach being taken by states across the country to directly challenge the 40-plus year history of Supreme Court rulings enshrining abortion on demand in America.

With the confirmation of Brett Kavanaugh as the latest justice on the High Court, many right-to-life leaders believe there is the potential for a working pro-life majority on the court which could choose to limit the scope of the Roe v. Wade and Planned Parenthood v. Casey decisions.

Several states have passed new pro-life protections for the unborn identical to or similar to those contained in the proposal now being debated in Jefferson City. To date, those laws have been enjoined by federal courts. The Supreme Court has yet to agree to accept an appeal of one of these comprehensive abortion bans.

Representative Schroer’s bill will now go to the full Senate for what will be a fierce and raucous debate by all 34 members. The measure will be handled on the Senate floor by Senator Andrew Koenig of St. Louis County. Senator Koenig himself introduced his own versions of the “heartbeat bill” and the “trigger bill” in the Senate.

Should the Senate pass the legislation by voting to halt what will assuredly be a turbulent and protracted filibuster by pro-abortion senators, Governor Mike Parson has already made clear he will sign the measure.

“I applaud the bipartisan efforts of the [Legislature] for choosing to take a bold stand to protect women’s health and the right to life. I am honored to lead a state with so many people committed to standing up for those without a voice,” Parson said in a statement.

You can contact your state senator to urge him or her to support Senate Committee Substitute for House Bill 126 by using this link:
Missouri Senate 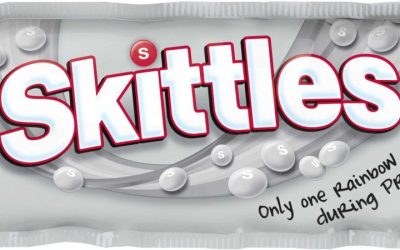 Mars, Inc., which owns the candy brand Skittles, has announced that it is releasing rainbow-less “Pride Packs” in the United States in recognition of Pride Month, and part of the proceeds will be donated to the homosexual advocacy group GLAAD. Some Christians have...