Miss Michigan Stripped Of Her Title Due To Political Correctness 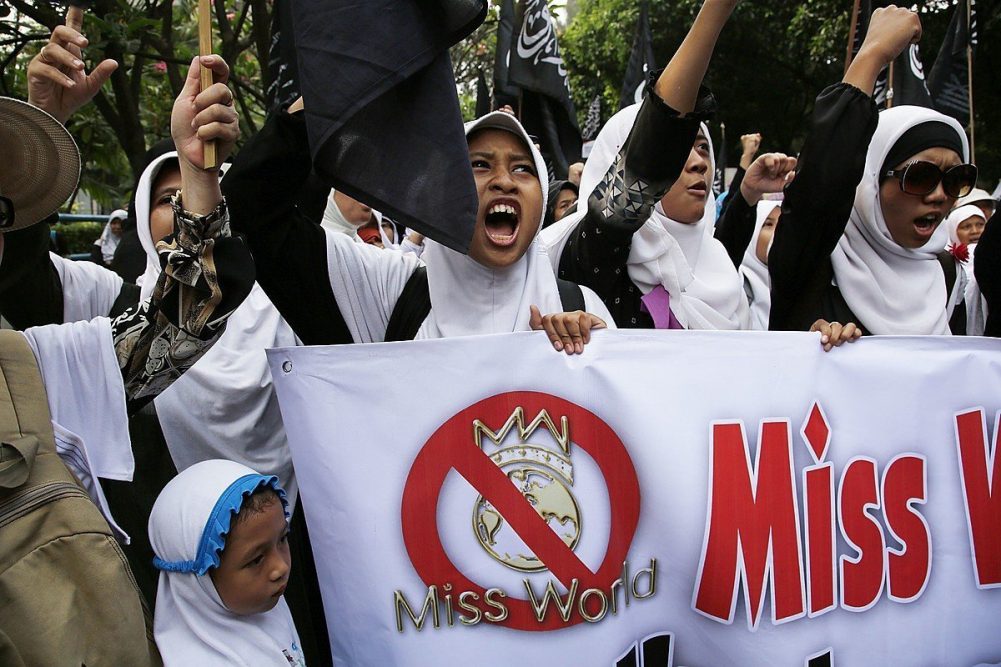 When is this madness going to stop?

When are the adults going to start taking over many of our organizations and corporations in America?

Now we find that the Miss World America’s Michigan State Director, Laurie DeJack, as well as the National and Chief Director,  have accused Miss Michigan, Kathy Zhu of being racist, Islamaphobic, and insensitive. Miss World America’s State/National/Chief Director accused me of being racist, Islamaphobic, and insensitive. They stripped me of my Miss Michigan title due to my refusal to try on a hijab in 2018, my tweet about black on black gun violence, and “insensitive” statistical tweets.

The MWA organization also did not like that fact that Ms. Zhu declined to allow an activist to put a hijab on her head during an event on campus. Apparently, there was a “Try a hijab” booth at her college. According to Campus Reform she tweeted:

“So you’re telling me that it’s now just a fashion accessory and not a religious thing?” she wrote…Or are you just trying to get women used to being oppressed under Islam?”

After her tweet was seen by the activist one member of the Muslim Student Association, responded to Ms. Zhu on Twitter, saying:

I invited you to try one on and you said ‘no thank you…You didn’t take the time to even ask questions or try to understand what Hijab is. That’s ignorant of you. You literally sprinted after taking the photos. That’s pathetic.

Kathy Zhu’s response to that incident was:

a Muslim woman tried to forcibly put a hijab on my head without my permission.

Muslim students at the college then promptly began a campaign to have Ms. Zhu expelled.Well at least she was not thrown off a building or hacked to death like they do in many Muslim countries if you are gay or will not submit to them. We all have to understand that all Muslim people are very kind and tolerant people, right? Before you get upset with me I do understand that there are many bad people in all walks of life but I advocate for tolerance not expelling or killing people I do not agree with.

Kathy Zhu responded to the Miss World Association about the hijab incident stating:

What’s ‘insensitive’ is that women in the Middle East are getting stoned to death for refusing to obey their husband’s orders to wear hijabs…I tweeted about it on my social media…Almost everyone was supportive of me refusing to be put in that situation…Are the people in MWA implying that they advocate for the punishment of women who refuse to wear a hijab?

The MWA Michigan Director DeJack sent Zhu an email demanding that she return her crown and sash, as well as remove any mention of having participated in MWA from all of her social media.

By the way, Kathy Zhu immigrated legally from China at the age of 5, perhaps the MWA are xenophobic or just to do like the fact that her family immigrated from another country legally. Just guessing! Two can play this game.

Click here to view the original web page at wbckfm.com

← Prev: Good Stuff: Watch a young Phillies fan graciously gift his foul ball to another kid Next: Now Chris Pratt Is a Racist Because He Wore a 'Don't Tread on Me' Shirt? →