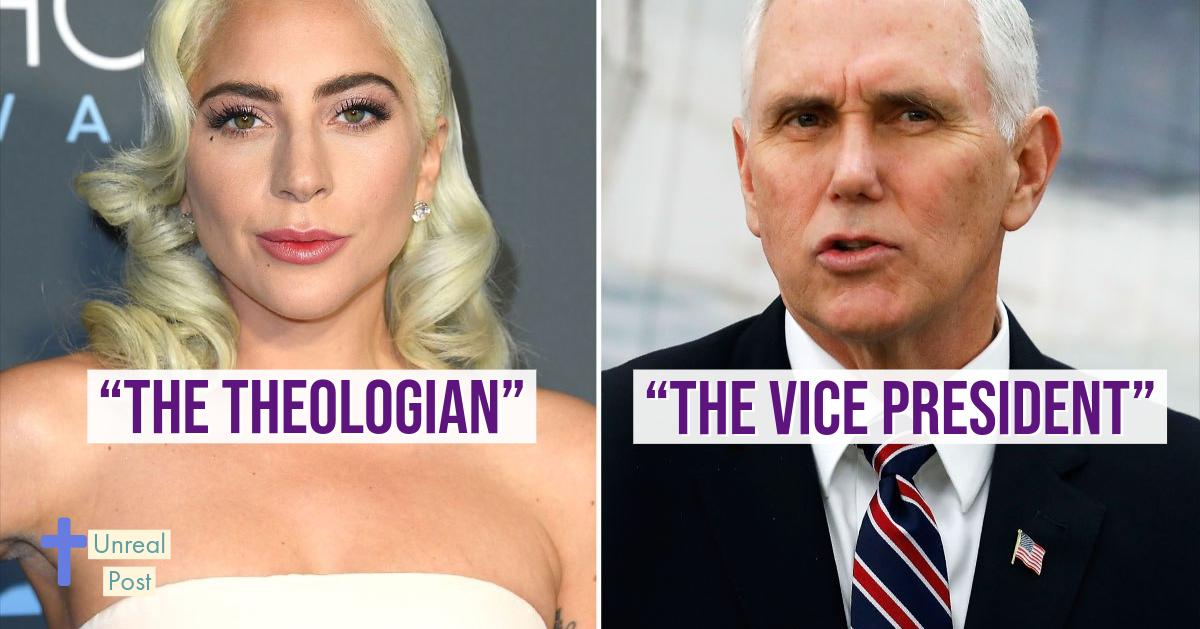 ‘For since the creation of the world His invisible attributes are clearly seen, being understood by the things that are made, even His eternal power and Godhead, so that they are without excuse, because, although they knew God, they did not glorify Him as God, nor were thankful, but became futile in their thoughts, and their foolish hearts were darkened. ‘

‘Professing to be wise, they became fools,

“To Mike Pence, who thinks it’s acceptable that his wife work at a school that bans LGBTQ, you are wrong,” she said, according to a YouTube video that was reported by Variety. “You say we should not discriminate against Christianity; you are the worst representation of what it means to be a Christian. I am a Christian woman and what I do know about Christianity is that we bear no prejudice and everybody is welcome. So you can take all that disgrace Mr. Pence and you can look yourself in the mirror and you’ll find it right there.” If you like this post please consider sharing it. Thank you, Unreal Post

← Prev: Why Do Bad Things Happen? Next: Satan’s War on the Unborn Continues – 5 Horrifying Abortion Stories →