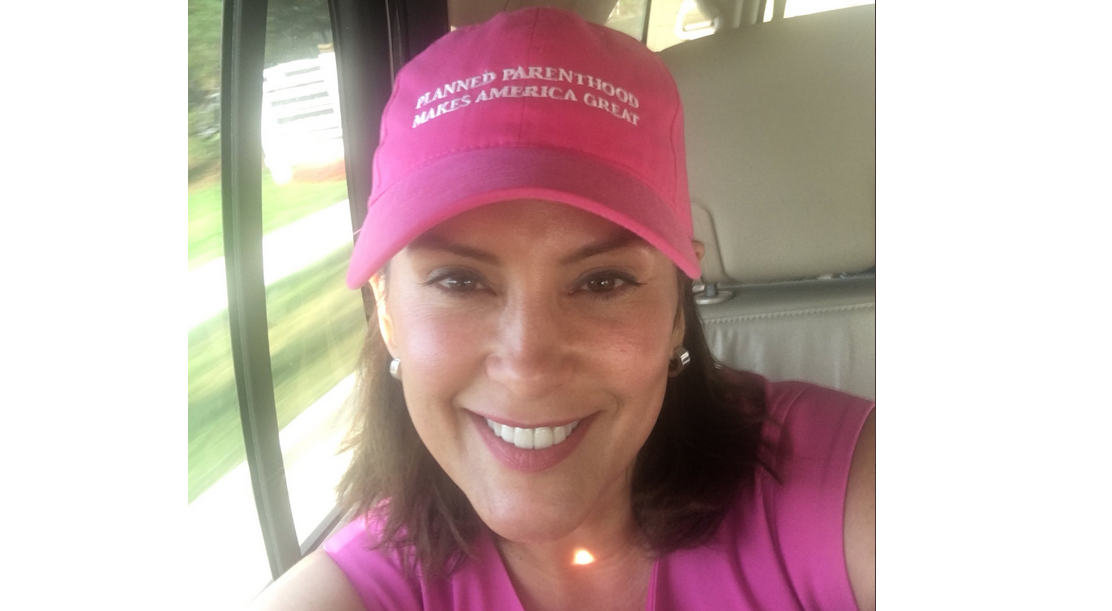 Textbook Evil Folks… The Democrats personify all that Satan represents.

A tweet from 2018 made by Michigan Gov. Gretchen Whitmer has recently surfaced in on Twitter that highlights her leftist pro-abortion dogma while mocking Pres. Donald Trump’s famous campaign slogan, “Make America Great Again.” Whitmer is shown in a pink t-shirt and matching ball cap with white words emblazoned across it that read, “Planned Parenthood Makes America Great.” She captioned her selfie saying, “The future is bright…. and pink!” Last week, Whitmer drew widespread outrage from the right when she made a nonsensical statement on a liberal podcast calling abortion “life-sustaining” during the COVID-19 outbreak: A woman’s health care, her whole future, her ability to decide if and when she starts a family is not an election, it is fundamental to her life. It is life-sustaining and it’s something that the government should not be getting in the middle of.

Whitmer has drawn huge protests for overstepping her authority during the pandemic by imposing despotic restrictions on the people of Michigan, including banning the purchase of seeds, American flags, and other items. She has also prohibited the use of motor boats and vacation homes – all while keeping abortion facilities open and operating. Remarkably, she has been mentioned as being on a short list of potential running mates for Democrat presumptive presidential nominee Joe Biden. “Whitmer is showing America the true intentions of the Democrats for this country, and that is to restrict our freedoms and make us subservient to a government that places abortion above all else,” said Troy Newman, President of Operation Rescue. “God help us all if she ever comes within one heartbeat of the Presidency. Because she is not fit to serve, I support recall efforts by the […]