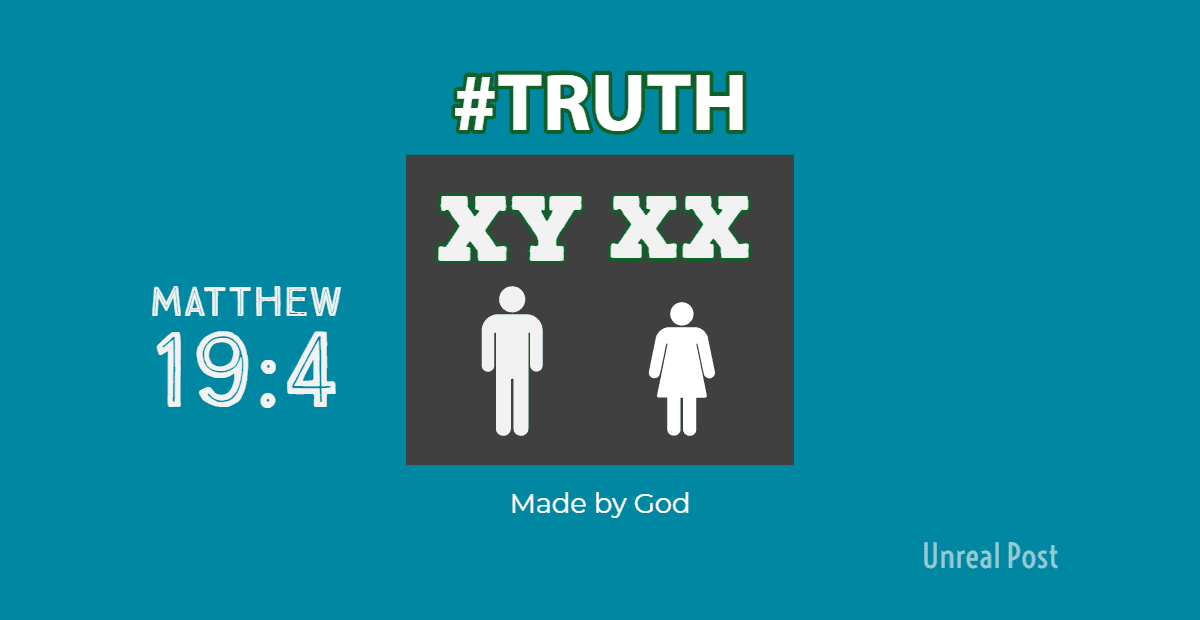 ‘So God created man in His own image; in the image of God He created him; male and female He created them. ‘

Human sexuality is an objective biological binary trait designed by God: “XY” and “XX” are genetic markers of male and female, respectively…

…“not genetic markers of a disorder”

A new survey taken by research group Gallup has indicated broad support for bathroom policies which ensure transgender individuals use the restroom associated with their birth gender. Trans bathroom policies have split opinion ever since Walmart hit the headlines in 2016 for allowing transgender individuals to use the bathroom that matches their perceived gender identity. In response, thousands expressed concerns about public safety, and a massive boycott of the retailing giant was launched. Three years on, it appears that people are still extremely worried about the prospect of biological men entering the women’s restroom, and vice versa. According to Gallup’s new poll, over half of the 1,017 American adults surveyed (51%) were in agreement that transgender people should “use the restroom that corresponds with their birth gender.” Interestingly, in the broader context of this wide-ranging study into […]